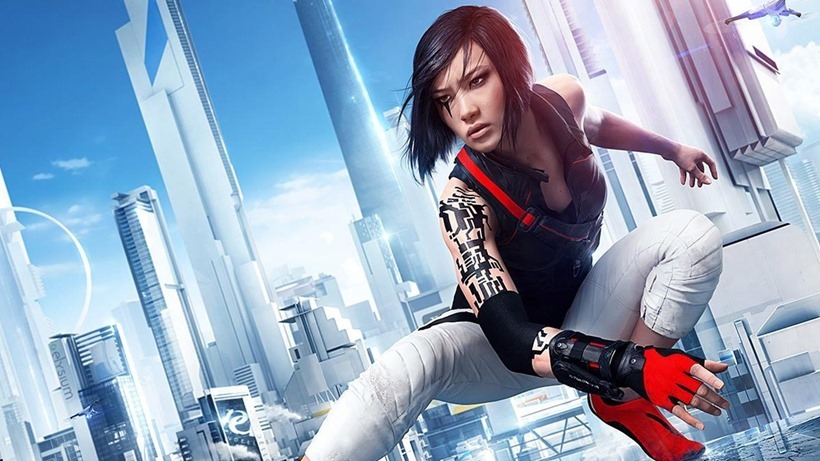 While the first Mirror’s Edge was an extremely linear affair, I’m really looking forward to Catalyst’s open-world approach. Being able to reach the highest heights of the City of Glass through any means sounds like an exhilarating slice of parkour pie, especially since half of the fun comes through figuring out which routes take you where. Routes, however, which might not be open to you from the get go.

Mirror’s Edge Catalyst is giving players far more freedom to muck around with in the sequel/reboot, but that doesn’t mean you’re going to have unfettered access to the oppressive city skyline from the start. Catalyst’s senior producer Sara Jansson explains that some of the City of Glass is locked off to players until later in the game, in order to avoid players feeling overwhelmed by the free space they have.

“It’s an expanding city that will open up more and more as you move through the story, a critique of the first game was that it was a little bit too difficult for a lot of people or a bit too frustrating, and we believe that just throwing players into a huge city to do what they want would have been a little intimidating, especially as our gameplay is pretty different from many other games.”

And while that sounds disappointing, it makes a lot of sense when you think of progression. Catalyst is all about Faith’s roots, and how she becomes the elegant, nimble runner that she was in the first title. That’s probably going to tie in with some free-running abilities you’ll unlock throughout the game, with certain areas inaccessible until you obtain a particular skill.

At least, I hope that’s how it’s going to be done – because nothing will irritate me more than having my mad dash for the top of a skyscraper impeded by an incomprehensibly invisible wall. But considering all the other right boxes Catalyst is currently checking, I’m inclined to trust DICE a little more than that.