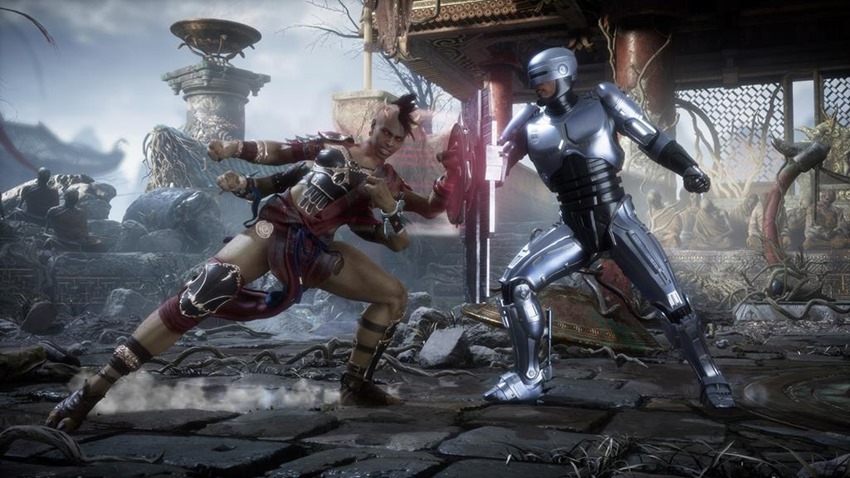 If there’s a key takeaway to be had by the time the end credits roll on Mortal Kombat 11, it’s that if this were the final game in the series then it would be a hell of a high note to end on. The day had been saved, the greatest threat in all the realms had been defeated in bloody fashion and a story that had continued across multiple games, decades and consoles had come to a close.

Here was Liu Kang, flush with Elder God power and given the weighty responsibility of resetting the entire Mortal Kombat timeline, saying goodbye to the old and welcoming a new era of cartoonish violent fisticuffs for the inevitable series reboot that was planned. That game is likely a good number of years away, but right then and there? That was the perfect conclusion to an epic tale for the ages.

So why go back to that pivotal point? What story did NetherRealm still have to tell, in those closing moments? A pivotal epilogue with which to bookend the saga, by the sound of things. “Well, when you think about it, we kind of reached the end of time with MK 11,” Mortal Kombat 11 director and co-creator Ed Boon said to Game Informer.

Story was the area that… a lot of our fans love that part of Mortal Kombat: the story mode, the narrative, and all that stuff. So that was kind of like, “Oh, let’s do that! Let’s just hit really hard with a great addition – almost like an epilogue – final conclusion to the story. And so our main thing was we really wanted to drop this crazy bomb of content on the player.

As we had that discussion about the story, we saw there’s more that we can tell for this, so we came up with a little bit of a Back to the Future Part II synopsis; you go back in time and you see the events of it, and then you’re changing the course of history. It ended up very cool.

It’s like reaching the virtual end of the universe… which I guess doesn’t exist. But we were feeling like, if you drew a visual timeline, you’d see the dot at the end like, “Okay, I guess we’ve hit that.” Then with the story jumping back to the beginning of time, it kind of made sense to – again, the Back to the Future approach. We wanted to continue with the same story; we didn’t want to tell a new story, because it is still MK 11.

It’s kind of like reaching the Pacific Ocean as Forrest Gump and then turning around and then running back, kind of retracing his steps in some respects. Timeline-wise that just seemed like the way to go, and also for the player who’s into MK 11, there’s going to be a lot of cool nostalgia like, “Oh I remember where we are now!”

Mortal Kombat 11 Aftermath will unfold across five “very thick” chapters according to Boon, each one having six key fights and focusing on the new roster additions as they finally get a chance to shine in the spotlight. Alongside the best version of Shang Tsung as well. “To me, Shang Tsung, Cary Tagawa coming back voicing him – having him presented in a story mode again – I think a lot of people, they visualise Cary Tagawa as Shang Tsung from the 1995 movie as the Shang Tsung they remember,” Boon explained.

When you see that visual and you hear his voice and the nuance that he puts into it, there’s something very special about that.

Additionally, Fujin and Sheeva are characters that haven’t really had as much of the spotlight over the years. Fujin in particular, he just showed up in Mortal Kombat 4 and Armageddon, but he never had a big starring role, so we really dig deep into his history and his relationship with his brother Raiden, and all of that stuff, so that’s very cool. And then the added back and forth between Sindel and where eventually is she going to end? Is she good? Is she bad? We’re really trying to tease that a lot as well.

But for me, the Cary Tagawa as Shang Tsung and the constant expectation throughout the whole thing and suspense of “When is he going to turn on these people?” is very fun.

All that and the freakin’ RoboCop himself, later this week. MOOOOOOORTAL KOMBAT!