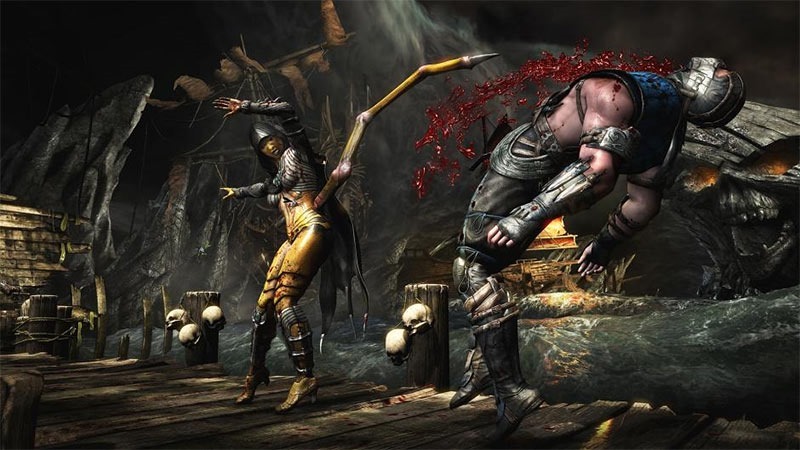 Mortal Kombat X was pretty good (except, perhaps, on PC), but so far it’s only been released for newer and more up-to-date gaming platforms. It’s meant to be hitting the older Xbox 360 and PlayStation 3 next month, but it’s starting to look like it’s been delayed – if not cancelled.

Numerous retailers the world over have now earmarked December 31 2015 as the game’s release date. Retailers Amazon and Gamestop (via Kotaku), and our own Raru have listed the game for release at the end of the year. That’s pretty obvious placeholder text, but it does likely mean that the game has been delayed once again.

That’s probably a good thing. The old-gen ports are being handled by High Voltage, the same numpties who botched the PC game, trying to fix it later with not one, but two 15 GB patches. While many have had no issues since, many report that the PC game still doesn’t work properly.

Mortal Kombat X was released on PlayStation 4, Xbox One and Pc on April 14, which in video game terms was ages ago. If the old-gen console versions have indeed been delayed beyond next month, I’m not sure there’s really much point in releasing them at all, especially as more and more gamers move on to new systems. There’s also the very real possibility that the old-gen versions will be stripped of the heart that makes the game fun to play. As a reminder, to date we’ve seen nothing of the old-gen version. Not a frame of video, not a single screenshot, nothing.

It’s something we saw with Monolith’s excellent Shadow of Mordor; the old-gen versions were pared-down, ugly, poorly, optimised and decidedly less fun versions of the game.