Home Gaming Mortal Kombat X is getting its own controller 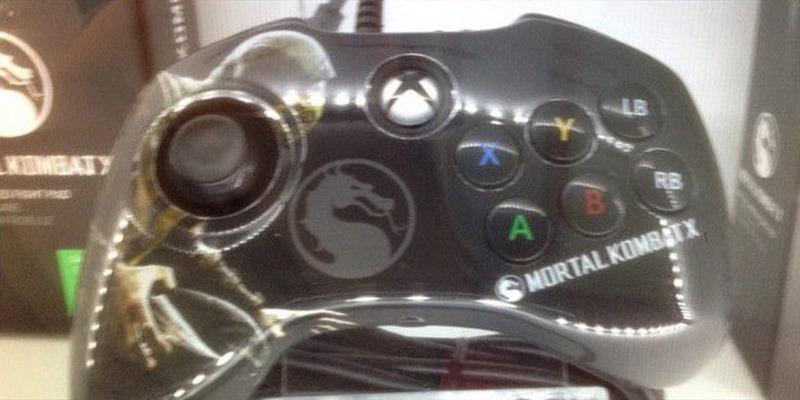 When it comes to standard controllers made for fighting games, none are as close to perfect as the 6 button Genesis/Mega Drive one that was released alongside Street Fighter II’: Special Champion Edition.

The thing is just about the best thing for fighting games that isn’t an arcade stick. If you had to make a controller for a fighting game, it would be the smartest choice to copy. Mortal Kombat’s getting its own controller it seems – and it looks a lot like the Genesis 6 button arcade pad.

The thing was shown off at a Gamestop expo last week (via Gaming Judgement), and features 6 face buttons for faster combos and an odd asymmetrical design. The strangest thing about it though is that it’s missing an actual d-pad, replacing it instead with something that looks like an analogue stick.

Don’t worry though; in all likelihood it’s not really an analogue – but is rather more like the 8-way microswitch sticks on the Neo Geo Pocket colour. If it’s strong, and has a bit of a click to it, it could well be quite suited to fighting games. It’ll certainly be a cheaper proposition than buying a whole new set of arcade fight sticks because all of your old peripherals no longer work on the new consoles.

It’s made by Pelican, and seems to be a skinned version of this thing – which, unfortunately, like most Pelican products, is largely cheap junk. It doesn’t help that it’s a little bit on the hideous side either.

Mortal Kombat is coming to new and old systems, as well as the PC in April next year – and I’m rather excited for it. It’s faster, more fluid and more brutal than any Mortal Kombat before… and judging from my time with it so far, plays like a dream.