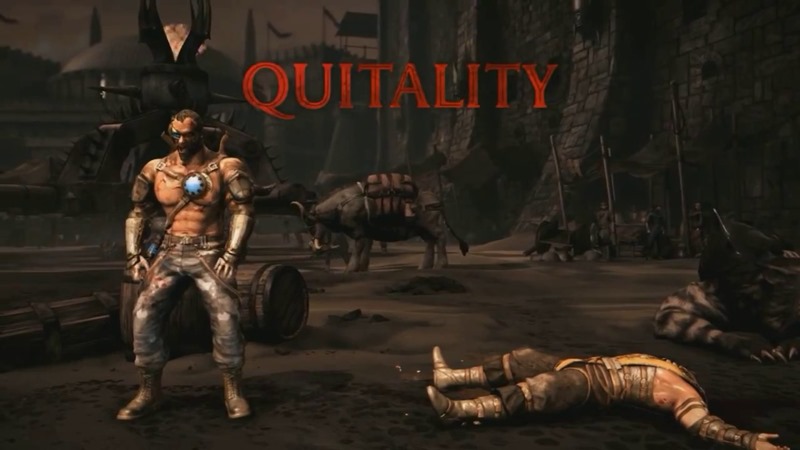 We’ve all experienced it before. An online match where the odds are in our favour, the clock is counting down and you’re about to win. Yeah baby, yeah! And then your opponent decides to rage-quit. It’s the digital equivalent of kicking the chess board over when you’re on a losing streak, and something that happened all too often in Mortal Kombat or any fighting game for that matter. Mortal Kombat X has a plan to deal with that kind of behaviour though. And it’s viciously satisfying.

After teasing a new type of “ality” yesterday, Ed Boon came through on the latest Kombat Kast, with the Quitality making a debut. Basically, it’ll make a rage-quitter’s head explode and grant you a victory. Check it out below:

More videos of that in action then:

There’s one other nice bit of info that was also revealed: Mortal Kombat X will allow PS3 arcade sticks to work on the PS4 version of the game. Or at least two of them will. The special fight stick pad that came with Mortal Kombat 9 in 2011 will work just fine, as will the Injustice: Gods Among Us peripheral from 2013. No word yet on if such compatibility will be available between Xbox consoles.