One map. A hundred players. Plenty of guns. That’s not just the most basic description of PlayerUnknown’s Battlegrounds, it’s also the defacto setup lately for any game that is ready to throw its hat into the battle royale genre ring. While PUBG may not have been the first game to leverage that idea of every man for himself, it’s arguably the first game that comes to mind when you hear anything that remotely rhymes with prattle morale.

PUBG is considered the gold standard, the benchmark which all battle royale games are gauged against as the industry starts focusing more and more resources on an insanely popular genre. And then there’s Epic Games and Fortnite Battle Royale, which doesn’t just stand shoulder to shoulder next to PUBG, it towers over it. 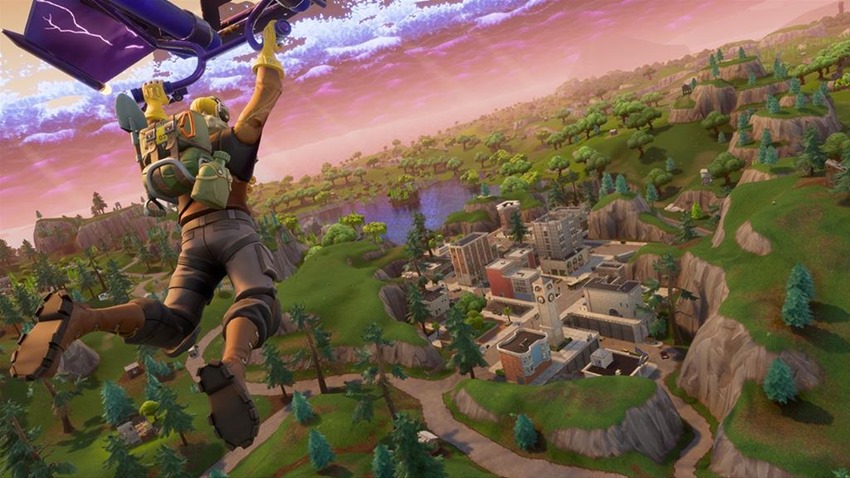 Hear me out here, because I’m well aware of the criticisms that Fortnite has earned over the last couple of months. Yes, it pilfers so much from PUBG’s design that its obscene in its similarity. Yes, it’s considered to be the Nerf blaster to PUBG’s well-oiled and polished M16 rifle. Hell, I’ve made those criticisms myself numerous times.

None of that can hide the fact, that Fortnite Battle Royale is an absolutely engrossing game to jump into. Beyond the liberal borrowing of PUBG ideas, Fortnite (on console at least) plays so much better than its competition. Bugs are scarcely encountered, unless you count that loot drop that Craig and I failed to claim last night as it waved a middle finger at us and gravity. The controls are pitch perfect and have none of that horrid floatiness that plagues PUBG, while managing your inventory doesn’t make you want to rip your nipples off. 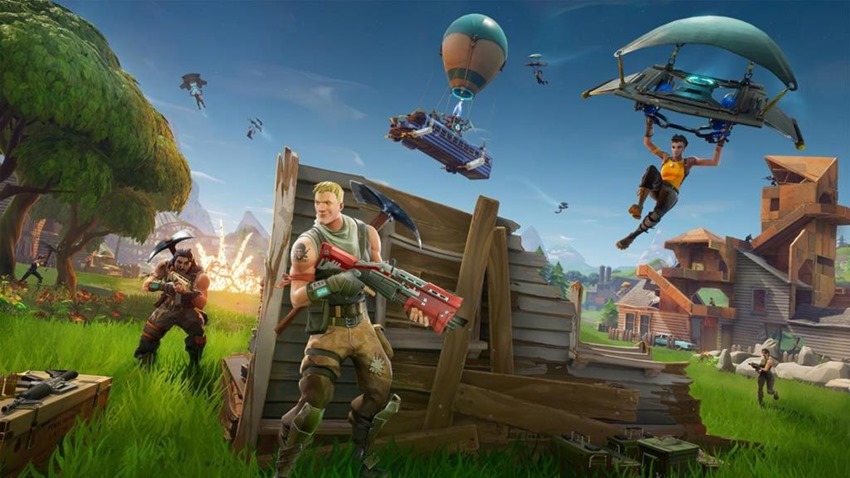 The servers seem to run on ungodly magic, the weapons are varied enough to keep the action rolling and the entire game pops thanks to Epic’s ownership and expertise of their own software. The biggest feather in Fortnite’s hat however, is that it doesn’t insult your time. PUBG is the kind of game that requires a lengthy commitment the second you drop into its lobby, as any round has the potential to last an easy half hour.

Now I’m not complaining about that, but the fact is, I just don’t have that much time or patience to spend on a single round. I’ve said it before and I’ll say it again: PUBG does not lend itself very well to eSports. Sure it may have tournaments aplenty and some gripping moments of action, but have you actually sat down and tried to watch these scenes unfold? It’s an exercise in tedium, the digital equivalent of watching paint dry as tension can only last for so long.

Fortnite’s very design emphasises speed, thanks to its smaller map and visuals which quickly kills the idea of characters being able to squirrel away in long grass during any given match. It’s a brusque experience made better by ludicrously quick match-making and a more urgent sense of pacing as the killer storm moves to envelop the island. 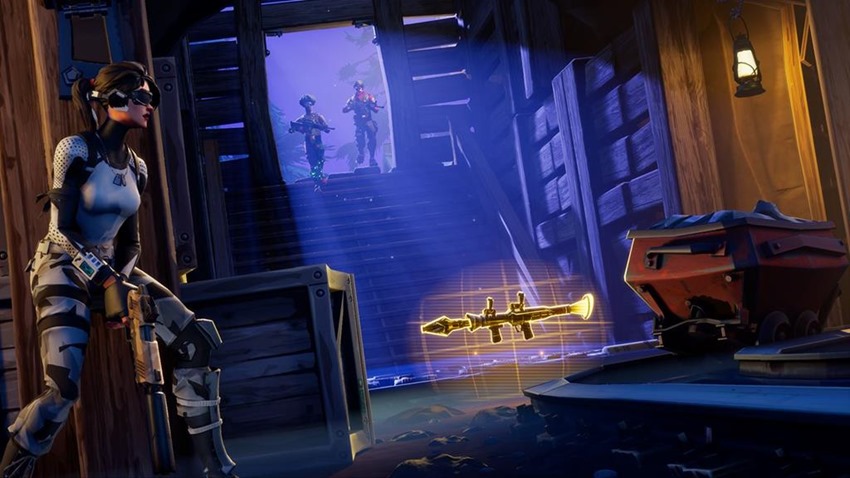 That’s something that I can appreciate, but Fortnite’s greatest party trick is its construction system. I’ve seen, built and have been on the receiving end of some amazing kills so far thanks to its streamlined approach to gathering resources and then using them to create rudimentary barriers and obstacles. I’ve snuck up on an opponent hiding in a bathroom by building stairs outside that gave me a perfect window of opportunity, I’ve been sniped into oblivion by players who constructed elaborate towers within seconds and I’ve been saved at the last second by hastily-built walls.

Fortnite’s signature building blocks are a phenomenal idea for adding to a genre that it has pinched many an idea from. It gives so much, while also preserving the uniqueness of what makes Fortnite so much fun to play. It really is incredible. And yet, that’s not the best feature of Epic’s wildly successful spin-off.

It’s the support that Fortnite constantly receives. PUBG may have regular updates and teases, but Epic is always doing something within Fortnite Battle Royale. There’s always a developer diary detailing new changes, there’s always a forum revealing why minor tweaks have been carried out and something new is always on the horizon as Fortnite grows and expands with its battle passes and limited time events. 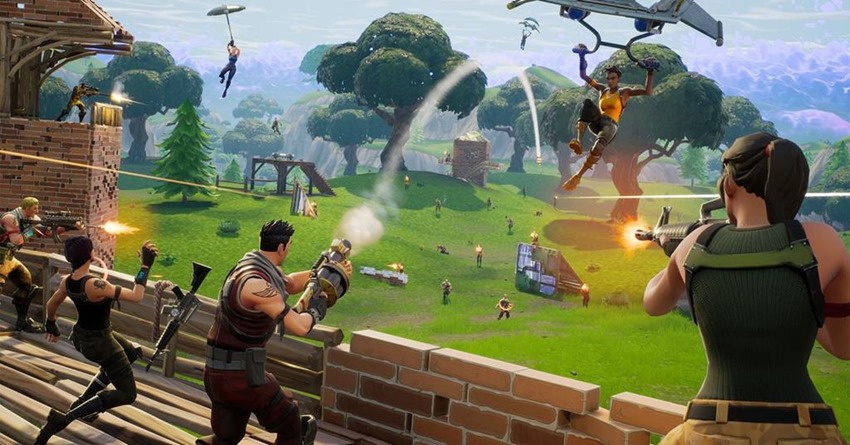 All this, and I’m still scratching the surface of what Fortnite has to offer. You can’t knock PUBG for its impact and for being the domino that fell first and started a hell of a chain reaction in the industry, but the battle royale genre is presently best represented by Epic’s colourful and cheeky free to play experiment that has stolen hearts, minds and chicken dinners all across the world. 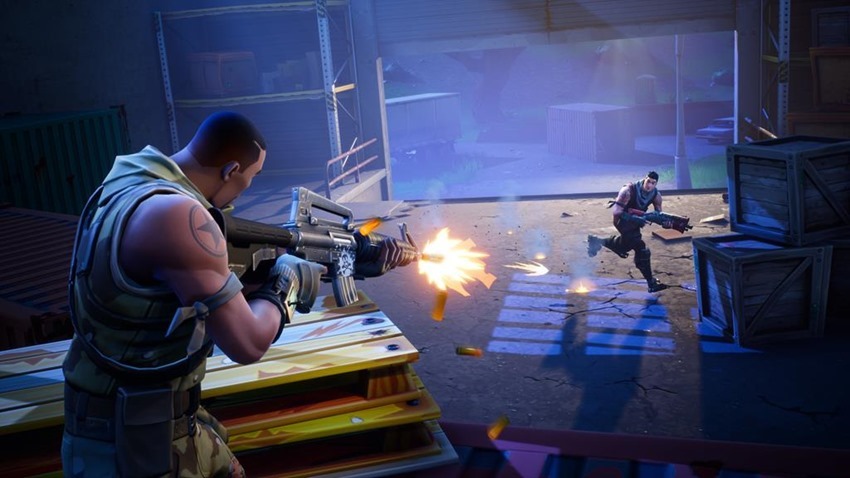