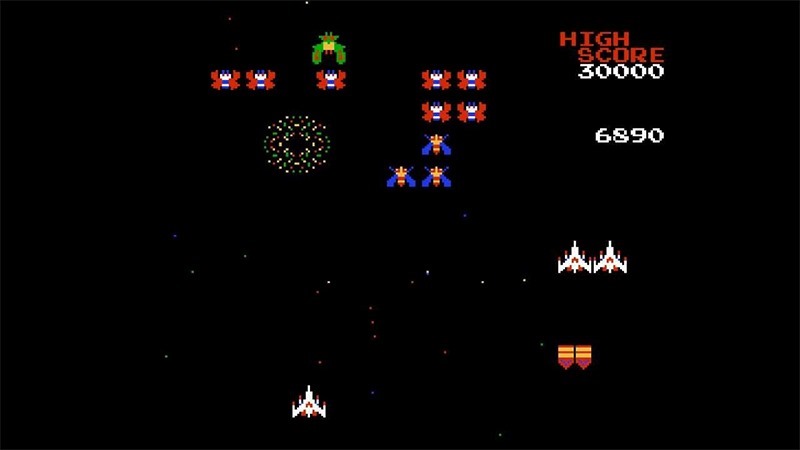 Have you ever played any of Namco’s games and found yourself playing the Galaxian or Galaga mini-games while stages or levels load and thought “I wish more companies would give us things to play during load screens; that’s so much better than reading a bit of silly text or watching a loading bar!” There’s a reason for that; Namco holds a patent on the very idea of loading-screen mini-games. It ends this year.

According to a community post on Gamasutra by video game lawyer David Hoppe, Namco’s US patent for the idea is set to expire at the end of this year. Says David:

“Back in 1995, loading screens may have been familiar to computer gamers, but they were a new annoyance for console gamers raised on Nintendo and Sega cartridges. Most new CD-based games displayed a static “now loading” screen. Some games disguised the loading, such as Castlevania: Symphony of the Night’s transitional rooms between sections of Dracula’s castle, or Resident Evil’s distinctive door-opening sequences. Namco’s Ridge Racer, on the other hand, quickly loaded a very small, unrelated game (‘80s classic Galaxian) that could tide the player over while the Playstation loaded the much larger Ridge Racer data. It seemed like a great feature for future disc-based games, but Namco took the opportunity to patent this process. Since then, Namco-published games have often featured fun mini-games during long loading periods. Other studios, however, have not licensed the process from Namco. As such, games often simply display advice on static screens, or feature ways to hide the loading (The Legend of Zelda: Wind Waker’s vast ocean between playable areas, for instance).”’

It’s a feature that I think could be used for so much more than shooting at a couple of aliens; a quick mini game that – if completed – infers some sort of bonus, like a refilled health bar, extra ammo or some or other in-game bauble would be infinitely better than watching a bar progress across the screen.