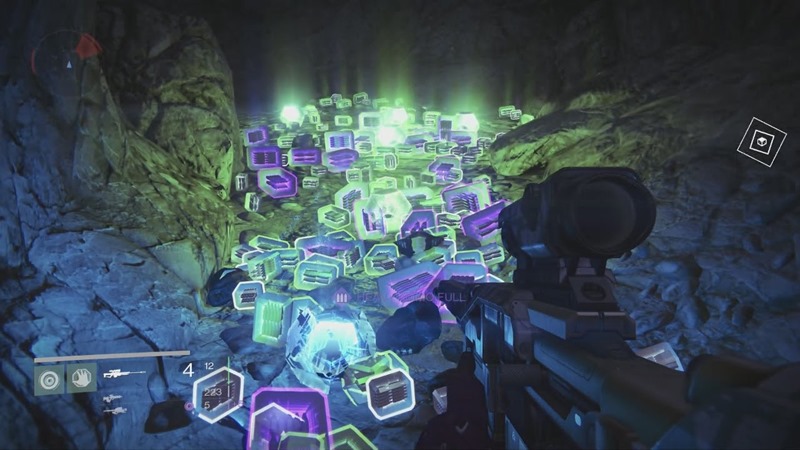 So far, Destiny’s loot has been an odd shaped ball to me. Like trying to play football with a rugby ball. You expect what’s going to happen when it bounces, but then it just does the opposite. Just like getting a Purple engram and then get handed a Green reward. If only there was a way to farm for those precious engrams endlessly.

Just like every other MMO ever created, there is one way to farm for loot in Destiny using a very simple exploit. All you really need is a friend and a fairly accurate gun to do the job. On Earth there’s a cave that endlessly spawns Hive Acolytes and Thralls, which allows you to kick back, take a few shots and reap all the rewards you could possibly hope for.

And it works too. Many players have reportedly used this cave to collect a ton of gear, which can be decrypted to increase your Cryptach’s level or gain access to some kick ass loot. It certainly beats running through the same Strike missions over and over again, only to end with one green engram while your teammates pick up a few dozen of them. That’s exactly what happened to me this weekend, although I was laughing at it more than anything to be honest.

You can check out where to find the cave in the handy video below, including some tips on how to keep the waves coming. I need to personally try this, but it seems like a solid tactic to try out daily. At least until Bungie wake up and fix it.