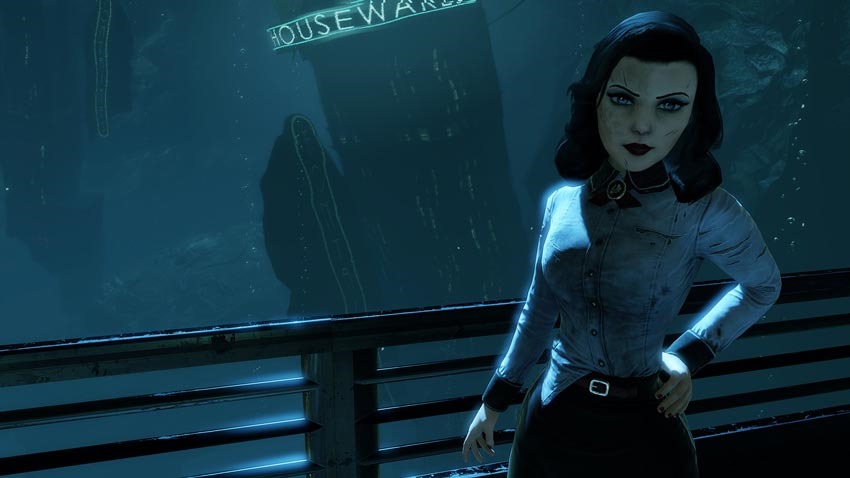 A new Bioshock game is on the way, but it’s going to be a while before it eventually arrives. 2K Games set up Cloud Chamber to helm the new project, which will be developed in Unreal Engine 4 for what will be current-gen systems by the time it lands. So what’s the game going to be about? Bioshock games are driven by location, with the worlds of Rapture and Columbia being defining glimpses into Utopian societies gone mad.

Rapture was one RKO short of a full Ayn Randy Orton experience, an underwater metropolis whose pursuit for unchecked capitalism led to its downfall as the citizens within went mad for wealth and fresh genes. Columbia on the other hand was the concept of American exceptionalism turned up to an ostentatious 11, a floating city in the clouds that sought to impose its religious and racist ideals on the rest of the world.

So where does the next Bioshock game go? Neither direction by the sound of things, but rather towards a new world built on dreams that eventually become corrupted. As spotted by GameByte, job listings for positions at Cloud Chamber have suggested the direction that the next Bioshock will venture towards.

The studio is currently recruiting for a lead environment modeler position that will “help us breathe life into a new and fantastical world.” Cloud Chamber is also on the hunt for a principle combat designer who likes “pushing boundaries and trying risky experiments that haven’t been seen before,” as well as a cinematic artist with “Wes Anderson like precision and panache,” and a world designer who can “create a ‘living’ world that offers players variety at every step of the game.”

It’s still early days for Bioshock 3: Tokyo Drift, but it’s going to be a fascinating journey to see where the Cloud Chamber studio ends up with a series that has always shined a light on the dirtier side of human history and culture. Please don’t bring back “Booker catch” though.