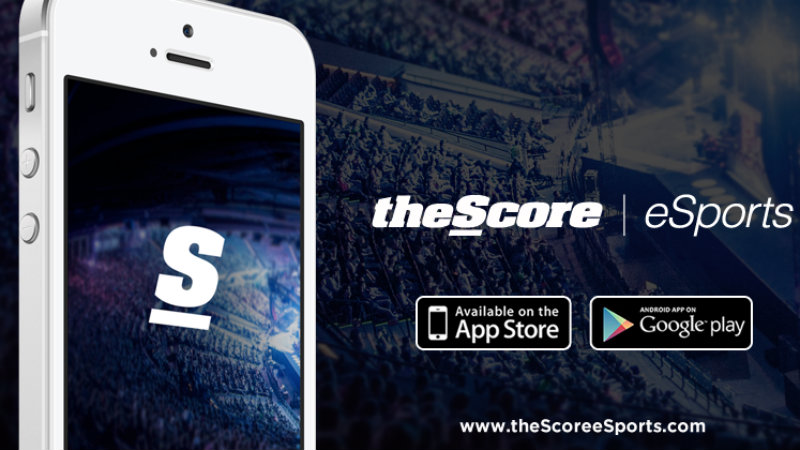 theScore already had a sports app. You could customize it, keep track of fantasy teams, get real-time alerts for scores and stats and customize it to only follow the sports, teams or players that you care about. They now have an eSports app that promises much of the same thing, and this might be what eSports needs.

When the app debuted on Android last month, theScore announced that they’d be hiring 30 new reporters, 15 full-time and 15 freelance to assist Rod “Slasher” Breslau in covering eSports. Now the app is coming to iOS and promises coverage of League of Legends, Dota 2, CS: GO, COD, StarCraft II and Hearthstone. It seems that for now you can only get the full set of features for LoL, but the functionality will be hitting those other games (and more) in the future.

In a press release sent to me, John Levy, the founder and CEO of theScore said:

We were blown away by the reception to the launch of theScore eSports by professional gaming fans from all over the world and its great we can now bring that experience to those on iOS devices too.
The feedback from eSports fans over the first month has been fantastic, and the team is already hard at work on the next set of updates, which will deliver even deeper multi-game coverage.

theScore eSports will help players keep track of multiple leagues around the world, staying up to date with how their favorite players are progressing. I’m curious just how in depth the coverage will go. They’re offering push alerts for match start and end times, as well as information on scores, standings and leaders. I wonder if they will also add in preferred champions/heroes for the MOBAs or modes and maps with best results for COD and CS: GO. There is so much that goes into eSports and I’m curious how the app will cover it all.

Still, it’s great to see eSports getting this sort of attention. The more it is treated like a “real” sport, the more credibility it will get. This means brands jumping on board for sponsors and players actually earning a reliable and sustainable income. Good news all around.