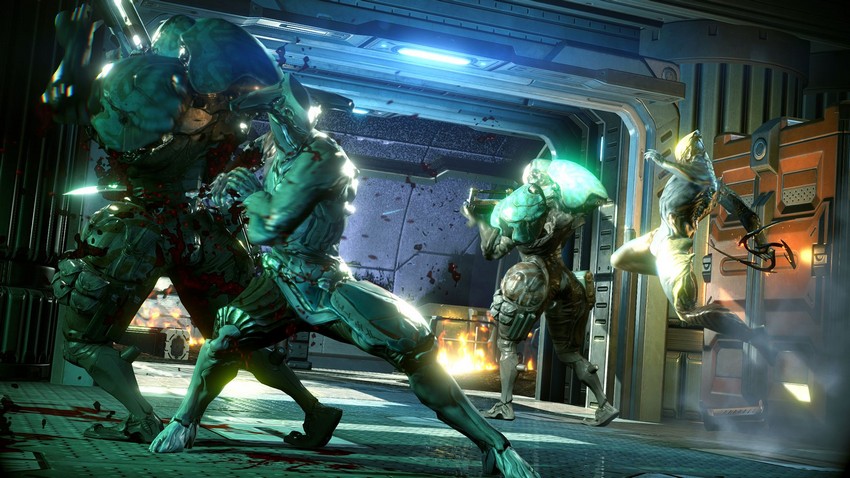 Warframe Devstream 111 and PrimeTime 207 happened at the end of last week and brought with them details for some potentially significant changes in the game’s near-future. Let’s get the big one out of the way immediately: Melee 3.0 (or whatever you choose to call it). A very dominant melee playstyle that has been used for a while now already has been to use the Maiming Strike mod (which ups critical chance on a spinning attack) on a weapon with lots of reach, which basically allowed players to just “spin to win” across the entire map, even cutting down enemies in other rooms as the weapon reached through walls. As developer Digital Extremes explained in the Devstream though, they hate this playstyle and think it breaks the game in many ways.

To fix this, they’re implementing many changes, the first of which is that melee attacks will no longer go through objects so decapitating enemies two rooms over with your Atterax will soon be a thing of the past. As somebody who regularly does just that, this is going to be a game-changer. Still in the pipeline will be some stats tweaks such as a buff to weapons’ base range, but a nerf to ranged mods (i.e. Reach/Primed Reach).

Channeling is a melee attack style that DE recognises is not used as much or as well as they had hoped so they’re tweaking it slightly. Previously, you could either block or channel-block (which reflects back damage as well) alongside your attack, which meant three melee buttons are needed. Now though, blocking and channeling are the same thing using one button. There’s still work to be done on how this affects energy drain (channeling uses energy), but the net result is that it frees up a button which now becomes a new heavy attack which has some heavy ragdoll effects. Along with this also comes a potential change to the combo counter, which will now stack up faster but the damage multiplier you would normally get from this combo counter will now only take effect when you use a heavy attack, and once that heavy attack is used the combo multiplier damage will effectively have been used up, almost like a resource. To compensate for this combo damage nerf, all normal attacks will see their damage numbers getting tweaked as well.

Other changes being worked on include the ability to cancel out of attacks using dodges, new slam/heavy attacks that will be “more useful and fun to use”, onscreen visual FX that show off the true range of melee attacks, stances/stance combos being revisited to accommodate for these other changes and make them more appealing, and the ability to dual-wield a one-handed melee weapon with any secondary weapon. Many of these changes make a lot of sense, but they’re definitely going to heavily affect how many people play the game. Judgement on whether these changes are good or bad will have to wait until we actually get to see them in action ourselves (You can get the full details for melee changes HERE).

On to Saryn, “the queen of Viral and Toxin damage”, who apparently has been confusing new players. That’s according to DE who admits that the synergy between her various abilities (which all play off each other) was never completely clear and thus this Saryn 2.0 aims to “make her more sensible and intuitive to play”. DE has also recognised that while Spores and Miasma are great abilities, Toxic Lash and Molt are rarely used or not used as intended. In the case of Toxic Lash, “a melee-only ability on a non-Melee focused Warframe felt misplaced” which is why it will now work on all weapons with a bonus for melee. Molt’s decoy was problematic for two reasons: Firstly, because it didn’t scale it couldn’t hold up against high-level enemies. Now it will have improved scaling and an added speed escape bonus on cast

Secondly, for Molt, players often used it as a “Spores Turret, by casting it then casting Spores on top of it and sitting back as attracted enemies got infected and killed without you doing anything. This “set it and forget it” way of playing is something DE has been hard at work trying to eradicate in most other Warframes with similar abilities and Saryn is no exception. As a result, you can no longer cast Spores on Molt. However, to make up for that Spores now becomes a lot more deadly as they will deal armour-stripping corrosive damage instead of toxin damage from before.

There are lots more tweaks though as can be seen in the detailed breakdown below courtesy of DE’s Warframe Forum post.

Now for the nitty gritty! The following details Saryn’s abilities in their 2.0 revisited form.

Spores now have Infinite Duration and Escalating Damage! What exactly does that mean? Essentially, Spore duration is determined by the enemies affected. As long as enemies are dying to Spores, they will spread.  As an added bonus, the longer your Spores deal damage, the more your damage output will grow.

*Developer note: We really want to emphasize that this is experimental. With Spores we’re trying a couple new things that we’ve never done before, so we’ve entered new territory that is both exciting and a little scary: Infinite Duration and Infinite Escalating Damage. Both of these have had interesting and fun results under normal test play and conditions, but we are still testing and looking for edge situations that might require us to go back to the drawing board.

Molt has classically been a great tool of deception and distraction, especially when in a bind and in need a quick escape to reposition. We wanted to retain this utility but improve on it so that it offered more reliable and robust cover options.

You’ve told us that having Toxic Lash limited to Melee was too restrictive and was simply not compatible with a broader variety of playstyles. So we’re sharing its Toxin with the lot of your Arsenal! Toxic Lash’s Toxin damage buff in Saryn’s revisit is now granted to ANY weapon in your Loadout (Primary, Secondary, and Melee). In maintaining its roots, the damage buff on Melee weapons is doubled.

We’ve taken what’s great about Miasma, and made it even better in the scope of Saryn’s 2.0 changes!

As an added bonus, Saryn is also coming with a whole new set of sounds! This is what Jeff Hartling, Sound Designer, had to say about the changes to Saryn’s audio:

“We are giving Saryn a “voice” when she casts (voiced by [DE]Danielle), which will add character and make her feel more connected to the abilities as you cast them. We really amped up the “poison” aspect of her sounds so that she feels more deadly in combat. In addition, we’ve remastered all of her sounds to have increased clarity and focus.”

You can expect Saryn Revisted 2.0 to launch on PC in a near future update!

On top of all of that, we also got our first look at the really amazing looking Nidus Deluxe skin, a brand new GFX particle system, new Dojo lighting system, and upcoming fixes for Khora. Most excitingly though, we got to see a brand new two-handed katana weapon that was cool on its own, but more importantly will apparently be part of the kit of the next Warframe, the details of which will be revealed in Devstream 112 in two weeks time!