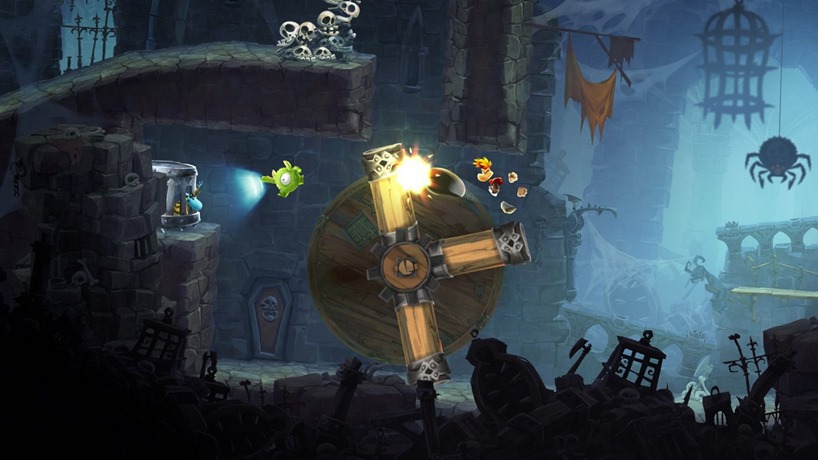 There are two things you need to do this morning. First, you need to check if you own both Rayman Fiesta and Jungle Run, and second you either need to play them if you do, or buy them if you don’t. Rayman’s 2D revival hasn’t only been spectacular on console. The two mobile versions of the exquisite platformer are some of the best games you can get for your smartphone or tablet – which makes the announcement of another one so damned exciting.

It’s usually sad when a mobile game of a beloved franchise is revealed over a new console one, but that’s not the case with Rayman. Both previous outings were expertly designed auto-runners, bringing the sharp level design and varied platforming gameplay of the consoles versions expertly to a mobile platform. They worked because of the way they understood the constraints of mobile game control schemes, something that the new Rayman Adventures is putting to the test.

Unlike the previous two, it isn’t going to be an auto-runner. Instead, you’ll have full directional control over Rayman and company, making it a near 1:1 carbon copy of the gameplay you’d find in the console versions of Rayman. It’s also still going to use the gorgeous UbiArt framework, which has made every single other Rayman pop with an unparalleled level of vibrancy and colour.

Rayman Adventures is being helmed by Ubisoft Montpellier, the same studio behind both Rayman Origins and Legends. Montpellier has also been behind some of Ubisoft’s best work, including Valiant Hearts and ZombiU. Suffice to say, if the true Rayman experience ever wanted to come to the mobile platform, they’re undoubtedly the ones who would be able to pull it off.

Don’t let the childish charm of the reveal trailer fool you. Rayman games are incredibly challenging, demanding a high degree of dexterous button presses and keen timing. They’re also some of the best platforming games of the past decade, so there’s no reason to miss out.