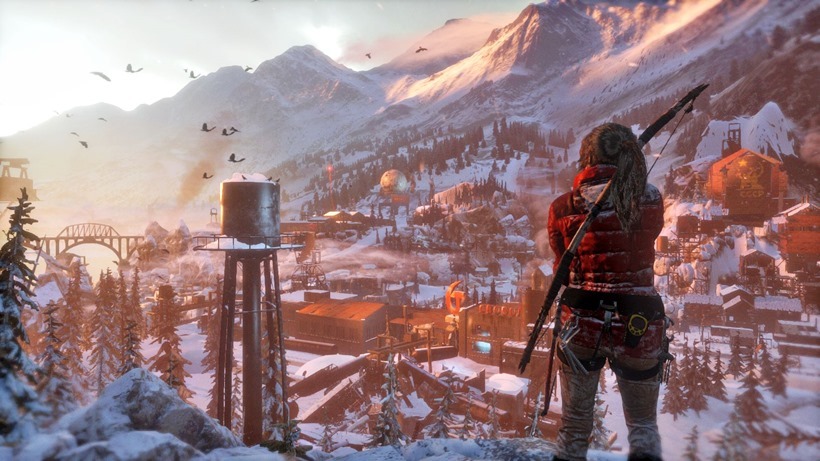 As we accelerate towards November, Microsoft is doing their best to remind you of that other game that’s launching on the 10th. Alongside Fallout 4, Rise of the Tomb Raider will be launching exclusively on Xbox One and Xbox 360 – and it left a bit of a sour taste in my mouth at Gamescom. The bloodthirsty Lara didn’t quite resonate with the character we’ve become accustomed too, and thankfully Crystal Dynamics seem to agree.

While you can still go on murderous rampages with merciless efficiency, Rise of the Tomb Raider also allows for more passive, stealthy approaches. Unlike the previous game (which only had a handful of scenarios where a pistol wasn’t the answer), Rise of the Tomb Raider will let you get inventive – using the darkness, distractions and more to keep your blade in its sheath and Lara looking less like a slice of Swiss cheese.

There will, of course, be times where killing is completely unavoidable. Rise of the Tomb Raider isn’t trying to be the next big stealth game with completely passive playthroughs, but giving players more options to approach enemies was one of the biggest hurdles Creative Director Noah Hughes and his team had to tackle.

“We’ve built our combat to offer as many choices as possible, and in this case, it’s possible for Lara to make her way through the area with zero kills. Of course, sometimes combat is unavoidable, but how you approach combat in Rise of the Tomb Raider is often up to you.”

I like that, and I’m ecstatic that Lara is being given a little more freedom to avoid falling into a pit of predictable cover shooting for a couple of hours. Shooting is fun, but making your way around camps unseen is also equally engaging sometimes. Having the best of both, makes Rise of the Tomb Raider a game I really want to play again.