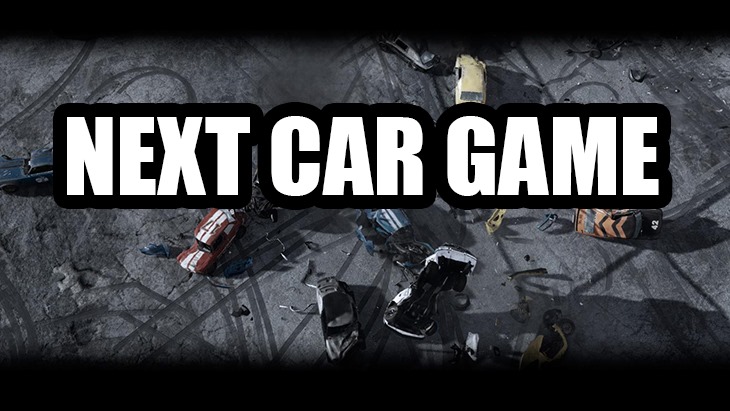 Do you remember FlatOut? It was a demolition derby racer with an awesome physics engine from the PS2 and original Xbox era. Complex vehicle deformation and semi-simulation driving with a focus on performing stunts was an amazing combination. BugBear Entertainment, the Finnish studio responsible for such madness, is at it again with the aptly named “Next Car Game”, an obvious working title.

I think I should mention right off the bat that this is not a content rich beta at the moment. It is basically to show off the tech and ideas for BugBear’s next racer. It’s $25 (USD) at the moment which guarantees you the finished game once released in Spring 2014, as well as the updates to the early release and sneak peek stuff you see here. In addition, you can jump on their forums and share ideas or bugs you’ve found. This is not some indie throwaway project here, we’re talking a AAA demolition racing game. 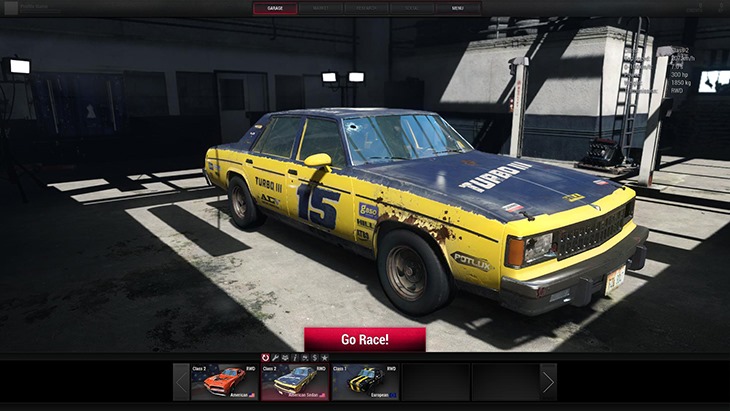 So what do you actually get? At the moment there are three vehicles with upgrades to their tires, engines, drivetrain, suspension and several paint jobs. The performance parts allow you to set up your car for specific courses. You also get four different courses, three are basic circuits and one is a demolition derby arena. Up to 23 other AI controlled players at once will be racing and crashing alongside you. Keep in mind that content is added periodically over the development cycle. 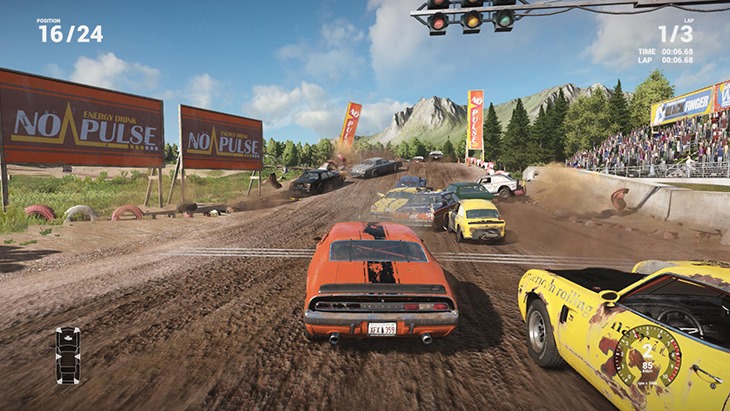 By far, the most impressive thing about this beta is the presentation and vehicle crash physics, which is really what you’re paying for. Not only are the few environments very beautiful, but the levels and objects are destructible. Smash into a concrete wall and watch it crumble, even pillars, fences and tire walls are all destructible. The dynamics between cars and objects are truly superb and the vehicle deformation model is the most accurate and life-like I’ve ever seen in a game. The amount of shrapnel and body parts rendered is really impressive. The static images really don’t do it justice, you need to see the flames and billowing smoke for yourself. The sound for this point in development is also really well done. The engine noises are so so, but the impact sounds, scraping and skidding tires really sell the drama of full-contact racing.

One of the best ways to show off the vehicle damage is with the included “Sneak Peek 2.0” which is essentially a physics playground. The amount of objects rendered here all reacting to cars, explosions and other objects is just mind-blowing. I had the most fun with Next Car Game just screwing around with this mode. The above video shows what it’s all about better than any photo could. Considering it’s just thrown in as a bonus makes it feel like what Portal was to the Orange Box. 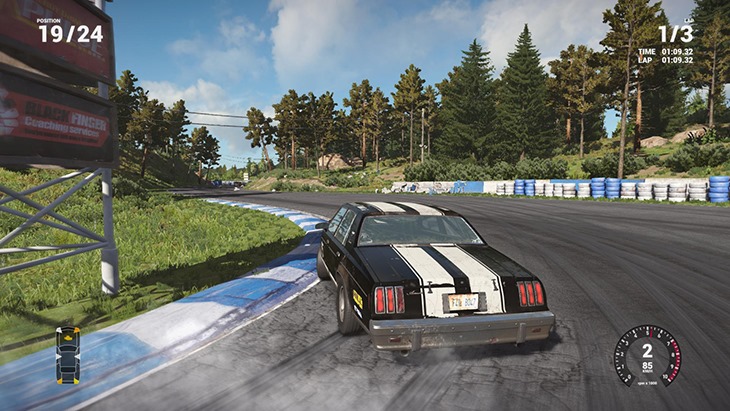 As far as the car handling goes, it’s a real challenge. With all assists off like Traction Control, ABS and Anti-Spin, it can be quite difficult to stop from spinning out. At first I thought it was because of them trying to push it more as a simulation game, as throttle control is really incentivised without driving aids. When you do actually get the hang of it, a well executed slide can feel really satisfying. The aids allow you to make it feel like a semi-sim with manual transmission if you want, or more arcade if you’re not into that. I recommend full ABS braking, traction control off, and Anti-Spin on half for a fun but not hand holding driving experience, especially for new players. It’s best played with a controller which is fully supported, but the keyboard is fine as well. 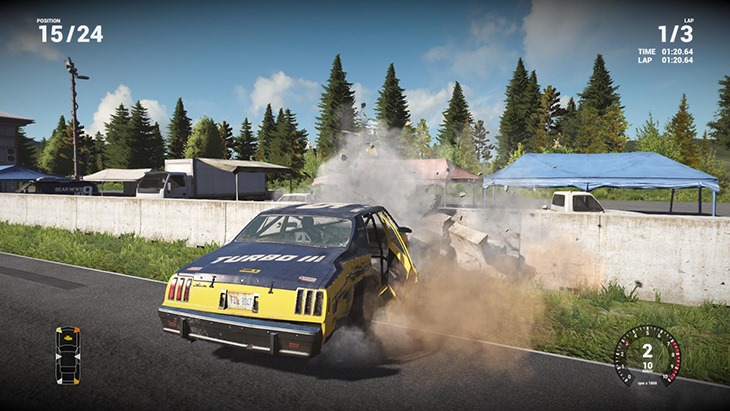 The way car damage is handled is with an indicator on the bottom left corner of the screen. The engine damage will affect your car’s speed, while the other zones will affect handling and turning. Your car can be taken out, but they are quite hardy and will most certainly take a beating before bursting into flames. It’s important they get this right, because you don’t want to feel punished for smashing other cars in a game where that’s the highlight. That doesn’t stop the AI from being ferocious bastards who are out to end your life, however. Contact is unavoidable, and it’s a hell of a good time. 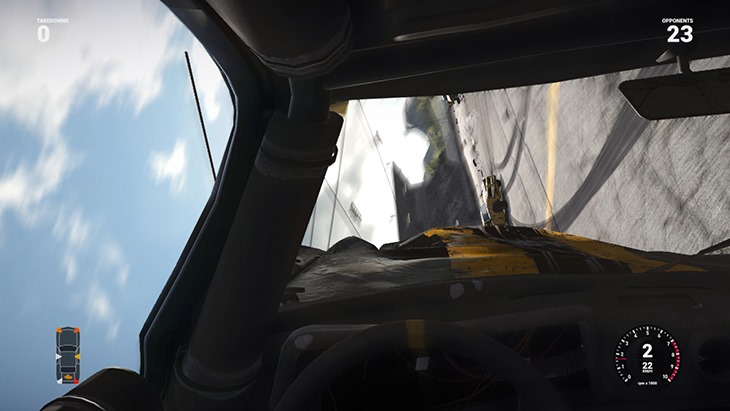 Unfortunately, for the moment, that’s kind of it. The full game promises multiplayer, more cars, tracks and game modes. It’s exciting for me, because demolition racing/car combat is sort of a dead genre, and it’s great to see it reinvigorated by the makers of one of the best classic demolition racers. I think this will be a hard sell to most people, despite the huge potential and polished gameplay so far. It’s just hard to try and sell a game with the promise of more content later, and even harder to judge it in its current form. Early releases just don’t gel with some people and that’s totally understandable, especially for Next Car Game’s somewhat niche genre.

It’s a playable tech demo at best. That being said, I highly recommend you do buy it only if you are really vested in racing games of this genre, or you’re a fan of Bugbear’s previous work and you want to help shape their next game. At the moment, even for me, the $25 (USD) price tag is hard to sell unless this is right up your alley. Hopefully this evolves into a kick-ass racer worthy of the price tag. People interested can visit the official website.