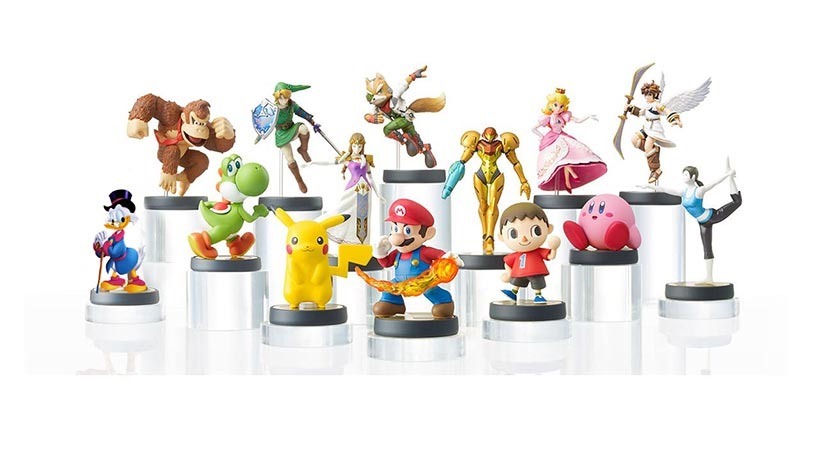 Never count out the big N. Nintendo may not have the titanic grip on the console market that they experienced with the Wii console, but they certainly aren’t going to be closing up shop anytime soon.

And that’s thanks to some savvy thinking that has resulted in the rise of Amiibos. Another entrant in the burgeoning toys to life genre, Amiibos easily boast the best quality figures in an industry dominated by Skylanders and Disney Infinity. And that has paid off.

According to a new report via Forbes, Nintendo has managed to sell 10.5 million of the little mascots so far, in comparison to lifetime sales of the Wii U which are around 9.54 million so far.

Of course, there are a few caveats here. Amiibo figures cost around $13, which is a far sum less than the RRP of the Wii U which sits around $300.

And just like a tube of Pringles, once you start with one Amiibo, you naturally want more. Also, you really shouldn’t see how many of them you can stuff into your mouth.

Linking Amiibos with various Nintendo games has also proven to be a trendsetter, and limited stock in the US has created one hell of a culture wtihin the Nintendo fandom that yearns to collect more and more of the little guys.

Nintendo is clearly learning from this, as there’s a  bigger focus on Amiibo-centric games right now, which will most likely tie into their upcoming NX console as well.

There’s an enormous market out there just for collecting the figures, but I’m hoping that Nintendo continues to treat the property more as a great accessory rather than a mandatory component in their first-party line-up.

As for the rest of the report, it makes for some interesting reading. The Nintendo 3DS has now sold over 52 million consoles, which is just over a third of the lifetime sales for the DS which now sits at 154 million sold units. As always, don’t count Nintendo out. They always bounce back.