Home Gaming Nintendo is Doomed! Wait! No it’s not Ask any self-proclaimed hardcore gamer, and they will tell you two things about Nintendo; the company makes games for kids, and its decidedly last-generation systems are selling so badly that its sending Nintendo to the poorhouse.

Here’s the thing; neither of those is at all true. Yes, the ratio of cutesy, family friendly games to ones filled with blood, guts, gore and tits is decidedly skewed towards things people of all ages can enjoy, but that doesn’t make them games for kids. Games like the excellent Fire Emblem: Awakening, Shin Megami Tensei IV,Luigi’s Mansion 2 and hell, even..no wait, especially Animal Crossing have turned the 3DS’ fortunes on its head.

If you’ll recall, the 3DS initially sold so poorly that Nintendo was forced to slash the consoles price by over a third. that helped the system gain a little momentum, but it’s really started picking up a ton of steam thanks to regular releases of incredible games. In fact, the 3DS has, for the past two months, been the top selling system in US. It’s been top of the Japanese hardware charts since late in 2011, and was the top-selling console in the land of the rising sun for the whole of 2012.

Nintendo’s fortunes are indeed turning, and the company’s stock is now at its highest figure in two years thanks largely to the 3DS and Animal Crossing’s retail performance. And that’s in the face of smartphones and tablets, which analysts had predicted would herald the death of traditional handheld gaming.

Of course, this is all ignoring the very large elephant in the room, namely the Wii U – which Nintendo is still struggling to get people to give a damn about. Pikmin 3 was recently released in Japan, and it’s helped the console shift 20K units in a week in its home town, up from the usual 8K. It’s worth noting here that that’s based off of just two days of sales tracking, and we’ll only really see if Pikmin helps sell Wii U’s next week.

The point here is to realise that Nintendo is capable of, and quite to turn the Wii U situation around, just as its done with the 3DS. Not two years ago, it was nothing but doom and gloom for the 3DS and handheld gaming, and I think the same will happen for the Wii U, provided it keeps (or well, starts) delivering great games for the system. there’ll be at least one major Nintendo release for the Wii U every month for the rest of the year, starting with Pikmin 3 in august; The Wonderful 101 in September; The Legend of Zelda: The Wind Waker HD in October; Donkey Kong Country: Tropical Freeze in November and Super Mario 3D world in time for the holidays.

And honestly, a price cut would really help too.

Tomorrow may see couples from across the world remember why they fell in love, but there’s… 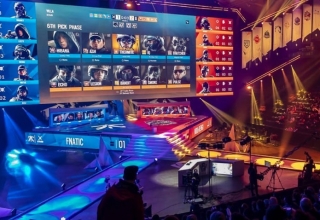