Home Gaming No Cyberpunk 2077 news for a while 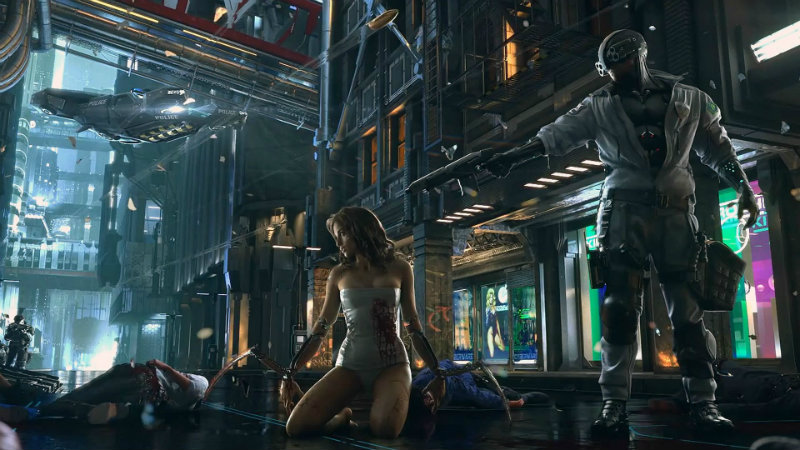 CD Projekt Red are the darling developers for gamers. They make deep, immersive games and make the anti-DRM crowd satisfied with their policies regarding IP and ownership. Plus they are involved with GoG.com and make us happy in so many other ways. Of course, they promised to also make all the sci-fi fans giddy with Cyberpunk 2077, but you won’t be hearing about that for a while.

Speaking to Gamespot, the developer’s head of marketing and PR Michal Platkow-Gilewski stated that “The first rule of Cyberpunk 2077 is that we don’t talk about Cyberpunk 2077”.

On a more serious note, in short, communication-wise, we are now focusing entirely on The Witcher: Wild Hunt. Everyone is working crazy hard to give gamers around the world an RPG to remember. Worry not, Cyberpunk 2077 is OK, its time will come.

Cyberpunk 2077 was announced in October 2012 and is being developed by a separate team of people within CD Projekt Red. We don’t know which platforms the game is coming to, or when we can expect to see more about it.

It makes sense that the studio is focusing on The Witcher 3: Wild Hunt – that game is massive and highly anticipated. Once it is out in the, um, wild, they can focus on promoting their new IP. Plus, if The Witcher 3 is everything we’re hoping it is, players will gobble up any other title from the developers, even if it’s a dark futuristic game about advanced technologies that are the salvation and curse of humanity. Geez that sounds awesome, but I suppose we’ll just have to be patient and continue to drool over the Witcher first before worrying about Cyberpunk 2077.