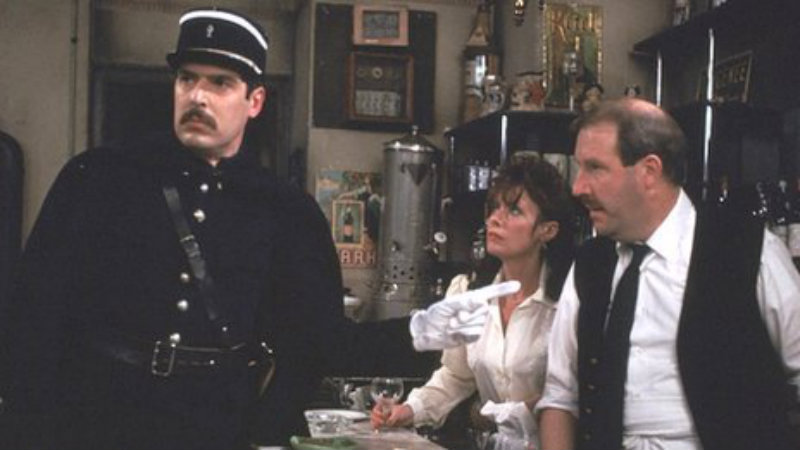 Back in the days of Assassin’s Creed II, I loved the moment when Ezio met his Uncle with the glorious phrase “Issa me! Mario!” However, Ubisoft is seeking to make a more serious title, which means no over the top accents that can’t be explained. I guess you won’t have to listen carefully if they say things only once.

Over on the Ubisoft blog, Creative Director Alex Amancio explained why there won’t be French accents:

The idea is that the Animus is translating everything into the language you’re playing in. That’s why, since you’re an Anglophone, you’re hearing all the dialogue and cinematics in English. It would really make no sense for there to be a French accent because that would mean that this French character is trying to address you in accented English. Everyone in the game is not trying to speak English for your benefit.

Okay, so that explains why they don’t sound French, but then why does everyone sound British? Well, Ubisoft took a line from Hollywood’s playbook – British accents have a more period feel than American ones do; they give that feeling that you’re in the past, or at least a foreign place.

Of course, hardcore Francophiles can also opt to enable the French language with English subtitles. Even if you stick with the English version of the game, crowd NPCs will all be speaking French, increasing the sense of time and place. I guess the Animus doesn’t need to translate that part for players – those characters don’t really matter.

I like this approach to language, and I’m honestly glad they aren’t using American accents in the game. Using language specific accents in games seems weird these days, unless the character is actually speaking English as a second language as explained in the story. Yet another sign that players are more mature than we used to be.