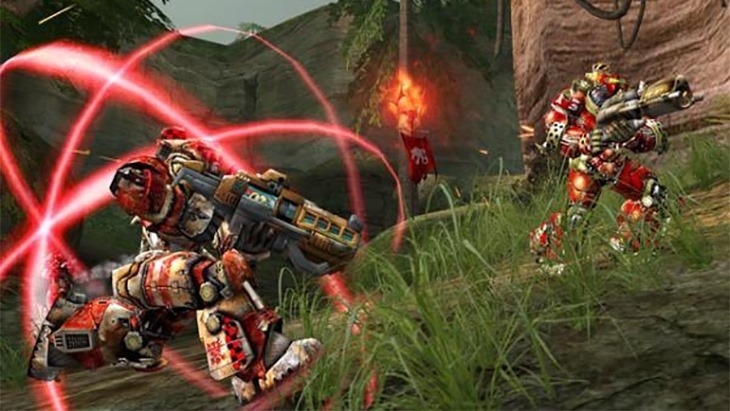 We were hoping that with a new Unreal Engine, we might get a new version of one of the finest multiplayer shooters in the history of videogaming; Unreal tournament. Unfortunately, that’s not happening.

Speaking at GDC, Epic’s Tim Sweeny put paid to any rumours, supposition and conjecture about a revitalised Unreal Tournament, m-m-m-m-onsterkilling all of your hopes and dreams.

“We’re not [planning on] shipping an Unreal Tournament game,” Sweeney said during a GDC panel.

“We have a lot of nostalgia for the game but we’re actually not developing anything in the Unreal game universe at all at the moment.”

Instead, you’ll have to be content with the UE4-powered Fortnite and that new, unannounced title that may or may not be based on Samaritan.

“We’ve announced Fortnite… That’s a game we’ll be talking about later. We don’t have anything to show you here at GDC,” he said (via CVG)

“We’re developing that project and there are several other projects that aren’t announced yet that are being developed with Unreal Engine 4,” Sweeney concluded.

The particular panel was used by Epic to announce its new subscription model for Unreal Engine 4. UE4 is now available to PC, Mac, iOS and Android developers for just $19 per month, plus 5% of gross takings from any commercial products or games made with the engine. It’s certainly an interesting  way to sell a game engine, making it affordable to most. Expect to see a great many more Unreal Engine 4 powered games on all capable devices this generation.