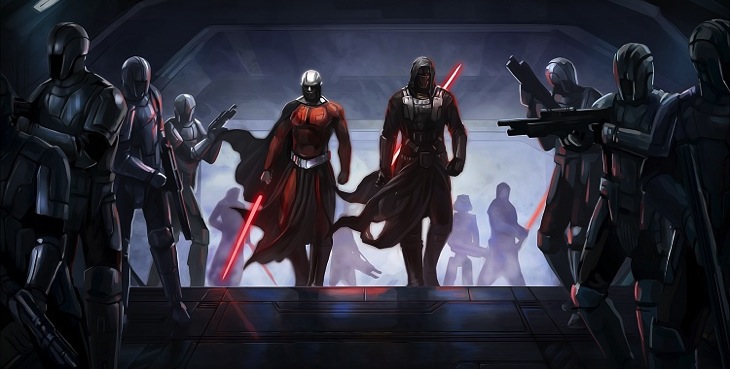 Knights of the Old Republic is a beloved franchise that inspired that other adored franchise, Mass Effect. When Star Wars: The Old Republic launched a while back, it was taken by some to mean that we wouldn’t see more KOTOR, but Obsidian promises that they haven’t forgotten about it.

Speaking to IGN, they explained that Obsidian is still chock full of Star Wars fans, many who often bring up KOTOR 3:

I think there are a lot of the people at the studio that would like to do Knights of the Old Republic 3. I think at that time LucasArts was really focused on what they considered to be extreme, extreme blockbusters and even though the Knights of the Old Republic series was pretty successful, it just never seemed like something that was going to happen at that time. Having said that, a lot of time has passed. I know there are a lot of people at the studio who are really interested in doing a project like that.

It’s something that comes up every three to six months. We bring it up and talk about it. Not anything terribly serious, but we just say ‘wouldn’t it be cool if?’ and just develop some ideas for what we’d do with that stuff.

Considering Disney’s aggressive new push with the Star Wars franchise, I wouldn’t be surprised if we see more games coming soon. However, I think we’ll probably see a push in the casual market and via Disney Infinity first – it doesn’t seem too likely to me that Disney will have the vision to give the green light for KOTOR 3 just yet. At least we know the studio is still keen, and here’s hoping that we get another game sometime soon.