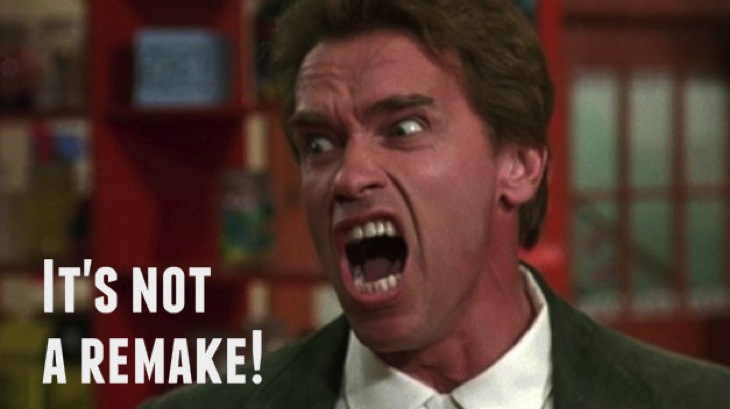 Lorne Lanning, creator of Oddworld: Abe’s Oddysee is busy promoting his awesome new Oddworld game – just don’t call it a remake. In fact, he has a lot of strong words about his game and the industry in general.

Uncharacteristically, I’m going to start this with a video. Here is the latest gameplay trailer for Oddworld: New ‘n’ Tasty that has been making me and Geoff way happier than it should:

I remember the awesome times I had playing Oddworld games – I was overjoyed when one night at university I had the “hi, follow me” exchange with a friend I didn’t know had played the game. I’m excited for the new game, but apparently people have been reporting about it incorrectly. Speaking to VG247, Lanning was emphatic:

We still see press calling it an HD remake, and it’s not a fucking HD remake

That’s right, the game has been built from the ground up in 2.5HD with Unity – developing the game a second time with the same blueprint. Um, I’m not quite sure how that’s different from literally remaking the game, but I suppose the word “remake” has the connotation that it’s the old game with some prettier textures slapped on top.

This is all part of Lanning’s push to turn his studio, Oddworld Inhabitants, into a viable indie game producer. Previous Oddworld titles were published by EA and GT Interactive, but Lanning had some choice words about the publishing giants:

Why did Battlefield 4 ship? You know that team was crying. You know that team knew that game wasn’t ready to go. You know that team fucking spent a lot of sleepless nights building that shit out to look as good and play as good, when it was able to be experienced, being played as they were intending it to be played. Someone made a decision that the shareholders are more important than the customer. And we see a lot of that. How do you blow that? How do you take that fucking jewel and ship it with dirt all over it?

He didn’t show the same hatred towards Sony, who he called a “godsend” for their brand awareness. I don’t know why I’m still so surprised when I hear how developers hate working with the likes of EA. Somehow, I imagine that some studios have it better, like Bioware. I suppose only the likes of Bioware can protect themselves and stay insulated from the profit-driven shareholders. Everyone else must just ship product, regardless if it’s ready or meets creative standards.