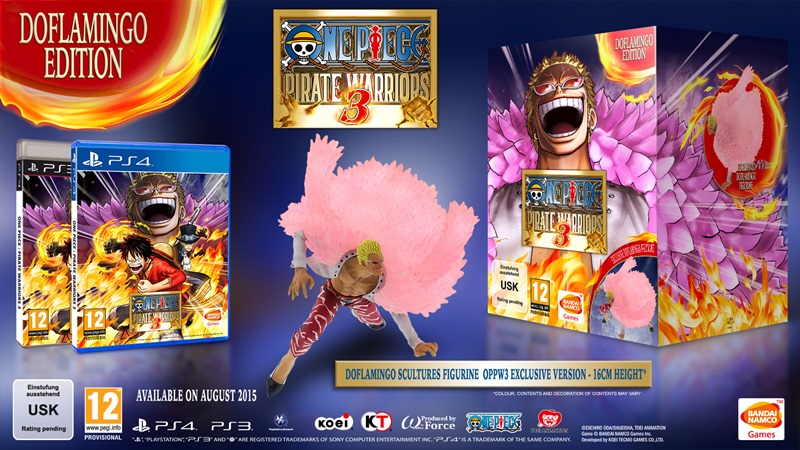 I love me some action games where the objective is to merely mow your way through wave after wave of enemies. There’s something…cathartic about the whole idea, as you flex some godly muscle and power your way on through. Dynasty Warriors perfected the formula for such a game, and for years now, it’s been applied to other franchises as well. One Piece: Pirate Warriors 3 is on the way, and not only does it look like some cheesy good fun on the high seas, but it’ll be unleashed in a special edition as well.

European territories will get a limited edition of the game. It’s called the Doflamingo Edition, and it features a figurine of the infamous Shichibukai himself, the String Man who is currently locked in battle with Pirate King contender Monkey D Luffy. That storyline should hopefully have wrapped up by the time the game launches in August. Then again, this is manga we’re talking about. Look how long it took Naruto just to finish one fight at the conclusion of the fourth great Ninja War.

ANYWAY! Here’s what you’ll get in the Doflamingo Edition:

There’ll be a pre-order bonus on offer as well. No word yet on whether or not we’ll see that locally, but I’ll update as soon as I hear back from Bandai Namco’s local reps on this. We have received One Piece games in the past however, with the small bonuses. Hell, I still have a Portgas D. Ace figure from a 3DS game. If we do get the pre-order bonuses, here’s what you can expect to grab as well: 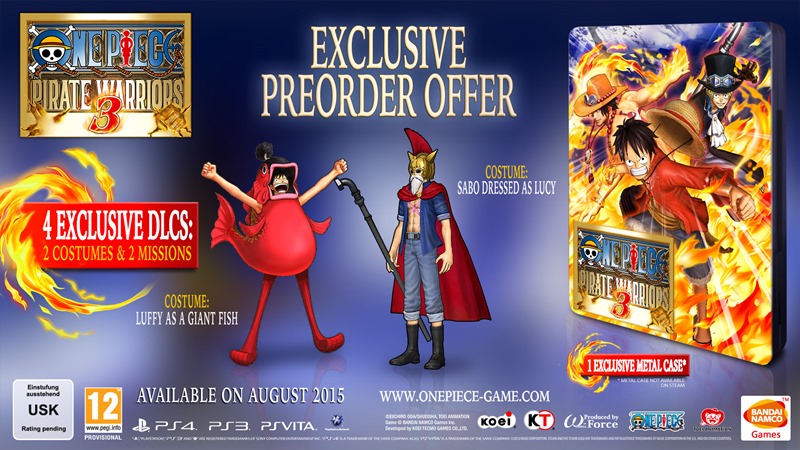 The game is out on PlayStation 3, PS4, PS Vita and Steam in August. GOMU GOMU NO ANIME PISTOL!