Home Gaming Orena Battle For The Throne action this weekend

This weekend Orena are hosting another Battle For The Throne, their bi-monthly king-of-the-hill-themed tournament. This weekend features CS:GO, as top teams look to dethrone the current holders, Bravado Gaming. The tournament kicks off tomorrow afternoon and will conclude on Sunday. Registrations are still open, so don’t miss your shot.

Fight for The Throne

The tournament structure is simple. There is a Caesar and a challenger. As you’d imagine the Caesar sits high and mighty on the throne, where it’s the challenger’s duty to knock them down. This week’s Caesar is Bravado Gaming, with Energy eSports waiting in the challenger bracket to take on the winner of the single-elimination tournament happening tomorrow afternoon. 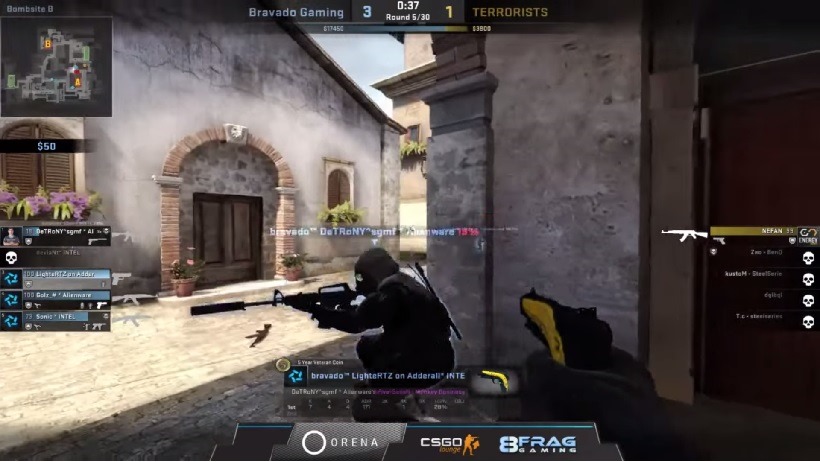 As we draw closer to the two major LAN events happening in October, small tournaments such as these offer an opportunity to guage your skill against the best in South Africa. It also allows spectators to get a glimpse in to the competitive nature of the lesser known teams as we close in on these major competitions. At the moment hopefuls which have caught my eye are Aperture Gaming, Carbon eSports (former Ventus), Altitude Gaming and dfeKt.

Since the tournament is based on the premise of competitive practice and exposure, monetary prizes have not featured yet in the Orena #BFTT. Prizes are instead cosmetic skins which increase in value if you retain your throne.

The games will be broadcast to the Orena Twitch channel, with the featured game being the most exciting of the bracket. The casters will be me (Congo) and Courtney ‘Honey’ Timpson, co-owner of CSGO Lounge. The two of us will take you through all the action throughout Saturday and Sunday, as we did with the last Battle For The Throne.