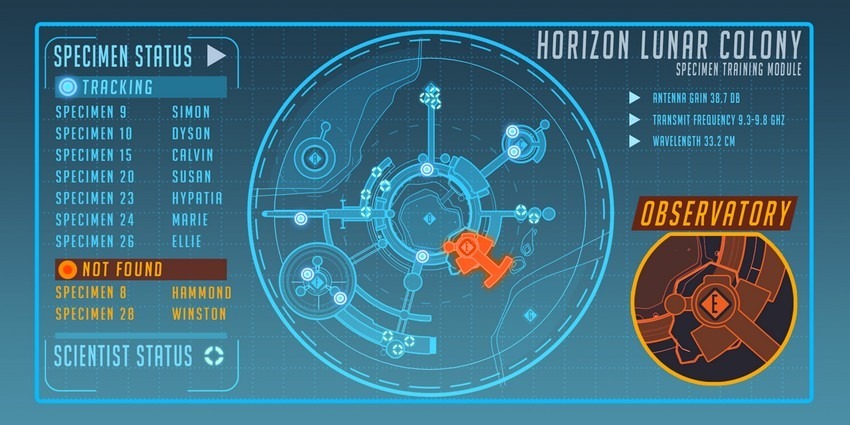 Can I just take a moment to say “Called it!”. When we reported yesterday about the upcoming social feature changes to Overwatch, I mentioned that game director Jeff Kaplan had indicated that they were looking to tweak the Horizon Lunar Colony map. He mentioned the game balancing changes they would be bringing it to make the map better, but also that they would be adding new bits of lore. As I speculated, the last time Overwatch did this, it was the Numbani map which led to the revelation of Doomfist, so could this be the same situation here? You bet your peanut butter-loving monkey butt it is!

As you may know Horizon Lunar Colony is the location where super-smart gorilla hero Winston was raised before eventually escaping to Earth and becoming a member of the Overwatch team. He wasn’t the only primate being experimented on up there, and it seems very likely that another, Hammond, has also found his way down from the Moon and is more than likely going to be the next hero revealed in Overwatch. In the newly changed map (which is live on the PTR right now), a new section has opened up showing us two rooms. One is clearly Winston’s childhood room, complete with his favourite toys, but the other is marked Specimen 8, which from a previous lore update posted on the Overwatch blog we know to be a smaller ape named Hammond who had managed to mysteriously vanish from his locked quarters.

In the newly revealed room, we can see apelike footprints on a busted down door, but more tellingly are the blueprints and toys on the ground which strongly suggest that Hammond had escaped by attaching a makeshift pod to the craft used by Winston to travel to Earth. It’s pretty obvious that Hammond has been on Earth this entire with some speculating that he might have been captured by the Talon organization. Voice lines in the game between Winston and Talon member Moira indicate that Overwatch had previously shut down her research with apes because it was getting a bit extreme, so maybe Hammond was part of that research? If not, where has he been this entire time and what role will he play in the story now? 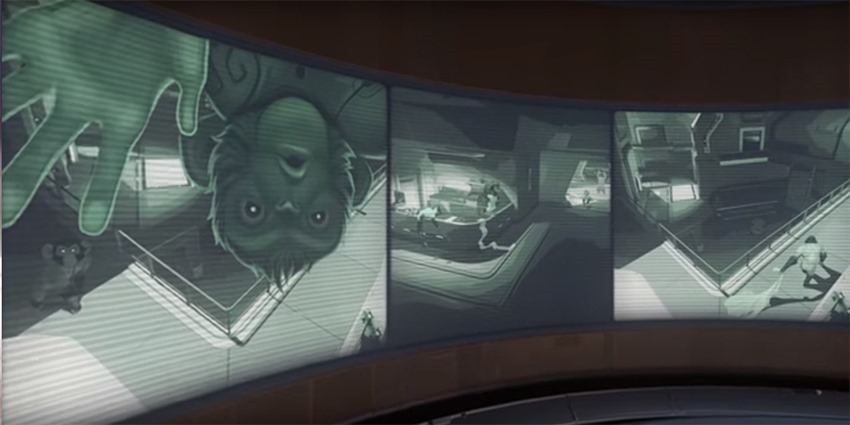 We don’t even really know what Hammond looks like, but the Overwatch blog makes sure to point out that Hammond could be a small ape. When the Horizon Lunar Colony map was first unveiled, some teaser images showed a very young and happy looking Winston with a rather sinister looking chimpanzee in the background. Many assumed this chimp to be Simon, another ape being experimented on who had a bit of a mean streak. Could this actually have been our first look at Hammond though and we just didn’t know it? And if so, maybe he wasn’t captured by Talon but is working with them instead?

Either way, his smaller stature probably means Hammond won’t be a big tank like Winston if he does turn out to be the next hero. The wrench and tools in his room could possibly imply that he is some kind of builder like Torbjorn and Symmetra, but the fact that Symmetra just got a major rework that pushes her into the Damage role and we know that Torb is also getting a rework in the future could mean that our idea of what a “builder” in Overwatch is could change. What are your ideas for who/what Hammond could possibly be?