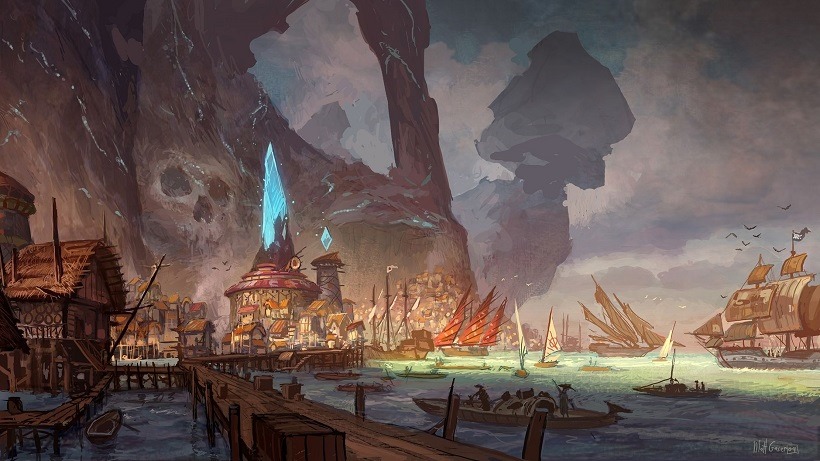 Yaaarrgh me mateys! Riot Games have released yet another patch fer League o’ Legends. Do they ever rest? o’ course not! This update brin’s with it not only t’ usual gameplay balances and changes, but also brand new booty in t’ form o’ a pirate-themed event. Arrrr you ready t’ sail into Bilgewater?

Of course you are, a new event has just kicked off after all! It’s called Bilgewater: Burning Tides, and it amplifies the piracy of League of Legends significantly. Here’s a quick preview of the new ARAM map accompanying the event:

Butcher’s Bridge brings Bilgewater to life in game. In the new map, the original native culture of Bilgewater and the outside influence from across Runeterra meld together, showing off the stratified melting pot of races, cultures, and creeds.

We’ve incorporated blends of ancient and modern Bilgewater imagery on inhibitors, nexii, towers, and scattered around the bases. On one side, boat houses flank a temple door, and on the other side a giant ship hull sits ensconced, ringed by temple carvings on the sides of the cliffs. Rotating cannon turrets launch heavy artillery fire along with other small details designed to put you inside the pirate bay.

That’s not all patch 5.14 brings though. Not content with focusing on one big thing at a time, Riot Games have implemented a bunch of changes and balances too.

With patch 5.14 comes some follow-up work on Runeglaive, along with a bloodthirsty new support item in the form of Zeke’s Harbinger (who has also punted Zeke’s Herald out of the game, read the context for more information on that). Hopefully with our changes, both items will solidify their identities within the game and we’ll begin to see some real choice and diversity as a result of their use. We’ve also got our usual array of balance tweaks to certain oppressive champions (Ryze, Azir) and some of the more sadder ones (Elise, Tahm Kench).

Oh, and there’s an updated HUD too. As always, if you couldn’t be bothered to read through the lengthy patch notes, you can watch the TL;DR video summary instead:

Lastly, the update brings an update the the champion, Fiora – at least to the PBE anyway. Here’s an overview of her changes:

Compared to a few of our recent updates, we launched Fiora pretty darn recently. Still, she’s one of them tricksy melee marksmen/fighter types who was supposed to be a fleet-footed fencing duelist, but who, once she had a few items, could just lunge up to the other team’s squishies and smack ‘em for a quick and easy – and unstoppable – kill. That was her single gear, really, and because Fiora was only good at killing, when she didn’t have the damage to do her single job, she couldn’t do much of anything.

Changes were needed, so we added in non-damaging tools to help Fiora and her team, then balanced that out by reducing some of the undodgeable killing power in her kit. She’s still all about outplaying her opponents, but now has the tools she needs to play from behind or help her team out in ways that don’t involve straight up slaughter. Voila, or whatever. Here’s her new kit: 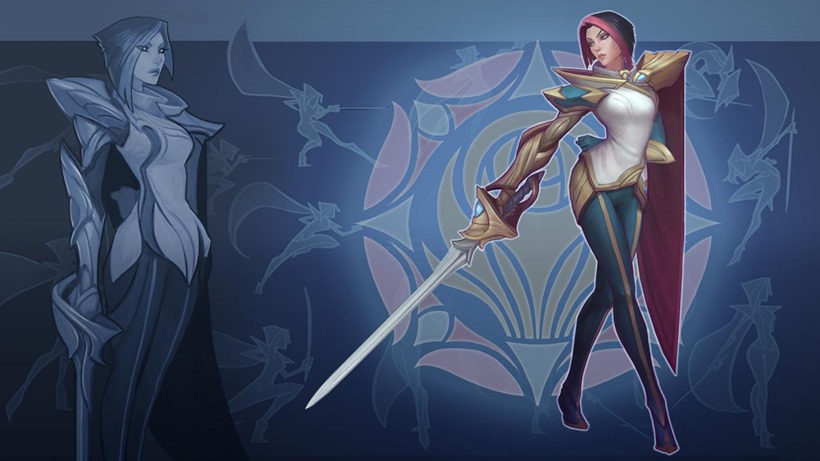 Oh Riot, how I wish other companies had your energy and constant desire to improve all the things! I mean honestly, they released a new event, balanced some aspects of their game, and gave yet another champion a fresh coat of paint with this patch alone. Let’s not forget that they updated two other champions, Miss Fortune and Gangplank, specifically for the Burning Tides event too!

Speaking of which, make sure you check the Bilgewater page. There is some neat lore to read through!