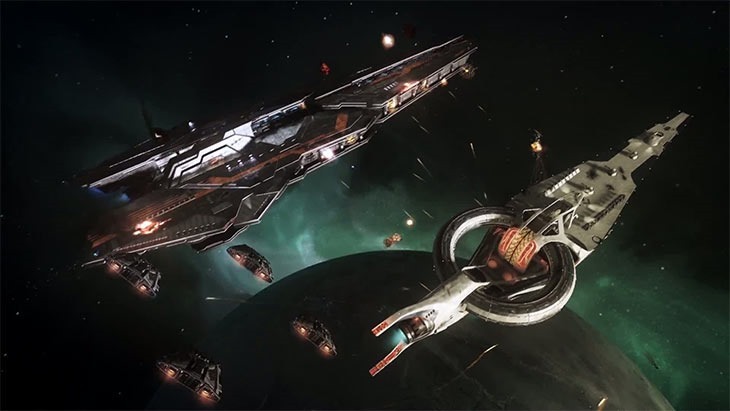 Elite, the space trading game from days of yore is one of those games I grew up playing despite not really understanding how economies work, though it was Frontier: Elite II’s open-ended world  that really grabbed me by the fuzzy plums. I’m glad then, that Elite: Dangerous’ Kickstarter attempts have succeeded, and that it’s finally getting a third sequel. I’d actually love to get in on the game’s beta – but there’s no way I’m paying $150 for the privilege.

To access Elite: Dangerous’ beta, you’re going to have to pay up. $50 gets you in to the beta, while $150 gets you access to the premium beta, which also nets you a copy of the game when it’s finally out, and all of the game’s impending DLC.

“The start of the Premium Beta phase is another exciting moment in our development—from today we have over 10,000 additional people playing the game,” Elite creator David Braben said in an announcement (via PC Gamer)  “This is a significant and sensible step-change with which to test the next level of scaling of our cloud-based systems and servers as we move towards the very large numbers of people we will eventually have playing.”

Something has gone very wrong in the world of videogames. When I was a young lad, companies paid people money to test their games, making sure that they were fit for public consumption, and weren’t bug-riddled messes. They were called QA testers, with business cards and everything. In this patch-happy internet-connected era, there’s far less impetus on developers to make sure their games actually work. Or on paid quality assurance, because it seems that users themselves are no expected to pay for the privilege of finding bugs.

I understand that in this age of Kickstarters, it’s a way for developers to get in extra funding and users probably like feeling special through their early access, but it’s deplorable. It is of course not the first game to charge users for beta access, nor is it likely the last.

But it bloody well should be.

Elite: Dangerous coming for you, No Man’s Sky and at this rate you better be scared. …