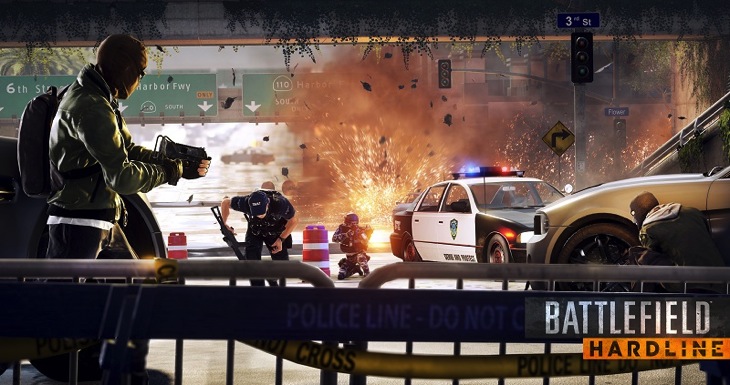 Call me crazy, but I still think Battlefield Hardline is a bit weird. I get that Battlefield is all about the pew pew, but I’m not sure I understand how cops and robbers could get to this level of deadly force. What on Earth are they stealing that warrants this response?

Regardless, over on the Battlefield blog they have now announced instant access for PC gamers. As a big thank you for beta testing the game, you’ll actually get some extra benefits:

Players who reach Rank 10 during the beta will score a special Battlepack in the retail launch of Battlefield hardline. Also, if you enable Facebook Sharing, you can get an additional $1k of in-game cash.

That all sounds great, and if you’re a PC gaming Battlefield fan, I’d recommend jumping into the Beta. Maybe then you can explain it to me, because it honestly just seems like a re-skinned Battlefield 4 to me. Why are they going to such extreme levels in a game of cops and robbers? What has been stolen, and why are they willing to destroy all of Los Angeles to recover it? Oh, who am I kidding – you guys don’t care about the story or premise as long as the pew pew is fun.