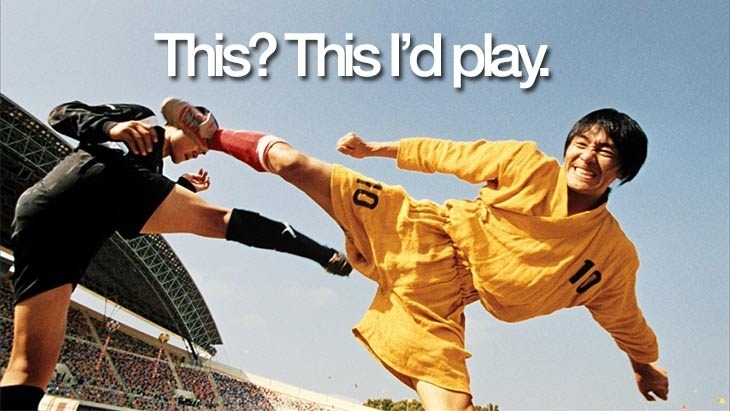 Pro Evolution Soccer 15 is coming soon, and like they did with the last one, Konami is promising that this year’s one will be the best. For a starter, this one’s being co-developed by a UK studio, so it won’t have that odd, pervasive Japaneseness about it. We’ve got a bunch more news on the game, as well as a bit of off-screen footage of the game in action.

Here’s the new information extolling the virtues of the game’s new systems, as excised from a press release because I can’t even pretend to be arsed about football.

These central features are then supported by additional elements to create the most entertaining and breath-taking match-day experience imaginable:

Here’s that sneaky off-screen footage for your eyeballs. Who uses a phone camera with vertical orientation?

It’s also been confirmed that the game will be running in glorious 1080p and 60fps..on the PS4. Konami’s unwilling as yet to commit to the same on the Xbox One.

As for the Xbox One version, Konami’s “still at a stage where we can’t give a definite yes”.

“When you consider that question comes from us having just PS4 consoles available for gameplay on the floor, it’s just purely for the development reasons,” senior creative producer Naoya Hatsum said.

“At the current development stage we’re in – which is just under 70 per cent complete – we still have a lot of work on game balance and some of the gameplay elements are just much more visible on what we want to deliver… We thought that would be able to be conveyed best through a PS4 at this stage, but we are definitely working on the Xbox One [and] all other platforms in parallel to the PS4 edition.”

PES 15 is coming to PlayStation 4 and Xbox One in September.