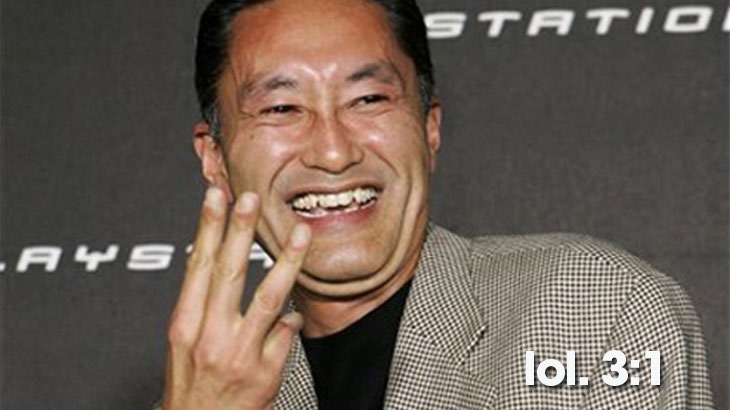 Microsoft recently revealed its quarterly console sales figures, and lumped together the Xbox 360 with the Xbox one, obfuscating real data on sales of its new console. Sony’s now revealed its figures, and they’re doing exactly the same thing. I have no idea why though; the PlayStation family is outselling the Xbox family at a ratio of over 3 to 1.

Sony has, of course, always lumped its figures together, so that’s not all that surprising in itself. What is, is just how much better Sony’s machines are performing at retail.

Within Sony’s games division, quarterly sales have increased 95.7% year-on-year to 257.5 billion yen (2,550 million U.S. dollars). They peg most of this on the PlayStation 4

“This increase was primarily due to the contribution from sales of PS4 hardware which was
launched in November 2013, as well as a significant increase in network services revenues accompanying the launch of the PS4.”

That mandatory PlayStation Plus for multiplayer is obviously working out rather well for Sony. Here’s a look at the sales numbers. 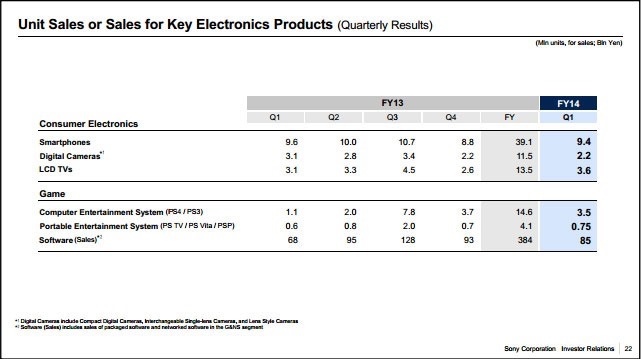 Sony has sold in (that’s shipped) 3.5 million PlayStation consoles in the last quarter ending in June. That’s a combined sales tally between the PlayStation 3 and the PlayStation 4. Using pure estimation, I’d figure that puts the PlayStation 4 at a number approaching 9.5 million units sold. In the very same quarter, Microsoft shipped 1.1 million combined. In the same quarter, Nintendo sold through – not shipped – half a million Wii U units. It’s ostensible that the Xbox One is performing about as well as Nintendo’s beleaguered console.

That has to be worrying for folks in the Redmond camp. On the whole, it seems Kaz Hirai’s One Sony approach is starting to pay off. It’s not just the games division and the finance and insurance bits of Sony that are making money. According to the latest financial documents, Sony as a whole made an overall profit of $250 million.

Microsoft dominated in the last generation, but it seems the company’s mixed messaging and perpetual 180 degree turns have come back to haunt them.