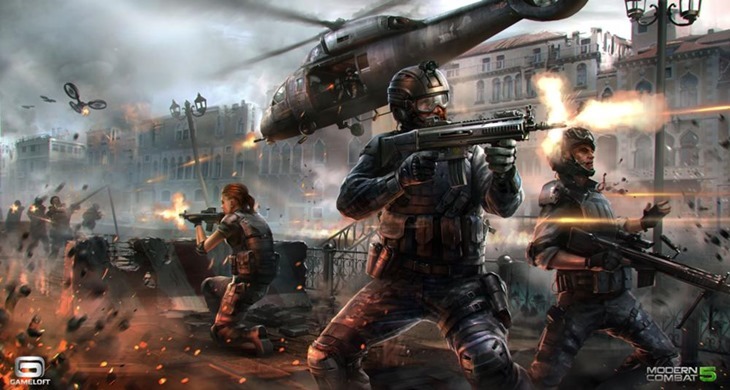 One thing that I will give society is that it really good at surprising me, no matter how lowly I think of it there is always a douchebag out there who can lower my expectations.

Now in general it’s things like MH17 and Gaza that really upset me but once again even our own little industry has once again plumbed new depths when it comes to destroying moral fibre.  Gameloft recently held a competition where the winners were given early access to an upcoming game entitled Modern Combat 5.

The Modern Combat games are developed mainly for mobiles, iOS, Android and Windows Mobile, but they are also available on Windows 8.1. So a bunch of lucky gamers got some early access to a game they are obviously interested in but instead of just enjoying that access at least one of them decided to take it a bit further.

So Gameloft did a contest to win an early copy of MC5, and one of the winners cracked and uploaded it. Now there’s 1000’s of players online.

I would love to know what the person was thinking while they were working away at cracking the game they were given earlier than anyone else? What sort of mentality do these people have where they feel they need to sabotage someone’s hard work simply for kicks?

So if you are a fan of the Modern Combat games then please don’t be a douche and rather pay for the game so that the team can keep making games like it.