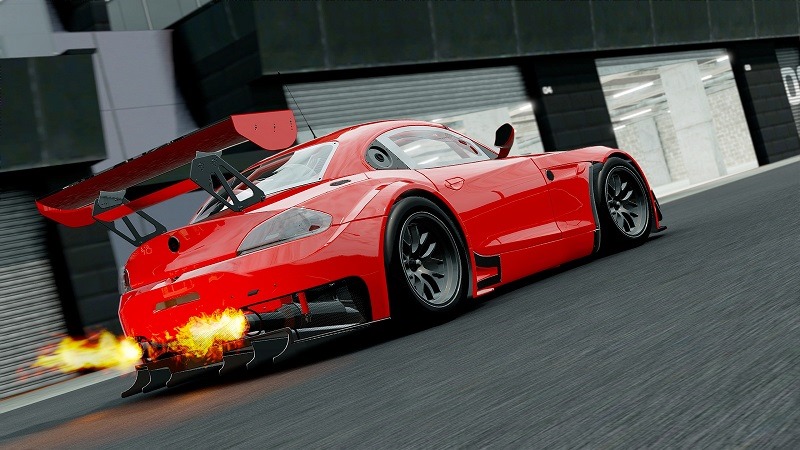 Amongst the racing community, there’s a lot of buzz building up for Project Cars. Make no mistake: it’s a simulation game in a field that is filled with plenty of rivals, some of them rather decently established over the years. But sweet go-faster stripes on a 1997 VW Golf, does it look amazing. The visuals are in a class of their own with this game. And it’s a level of graphical quality that the team behind the game wants to keep ticking away at a full 60 frames per second under the 1080p hood.

“On Xbox One it’s not quite 1080p at the moment, but it’s not representative of the final quality. We’re still aiming to get there. Towards the end of the game you’re always optimising, and during development it’s a rollercoaster. Sometimes you look at the game and think oh god, that’s not working, that’s not working. But other days you hit 60fps, and it’s awesome.”

While 1080p is on the agenda, keeping the game going at a smooth frame rate on PC, Xbox One and PS4 is now the priority. “For a racing game, 60fps is hugely important,” Tudor explained.

“What people don’t know is that the physics underneath runs at 600 times a second. We measure the input you’re doing on the controller 250 times per second. Project Cars does that way more than any other game – they’re all doing that significantly lower. The screen refreshes 60 times per second – we’re measuring the tires, the physics, the suspension, all that stuff, 600 times.”

As for the Wii U version, don’t expect to see parity between consoles, but that version will have other features inside of it at least for the tens of fans on that platform.

“There are significant hurdles that we’ve had to get over, and that’s kind of expected,” Tudor said. “But the fact we can have weather, time of day, a significant number of cars on screen, it’s actually really promising.”

Project Cars races in on November 21.

Looks like the dark knight is about get a little bit better, as Microsoft has accidentally…