Home Gaming Prototype bundled and stealth released on Xbox One 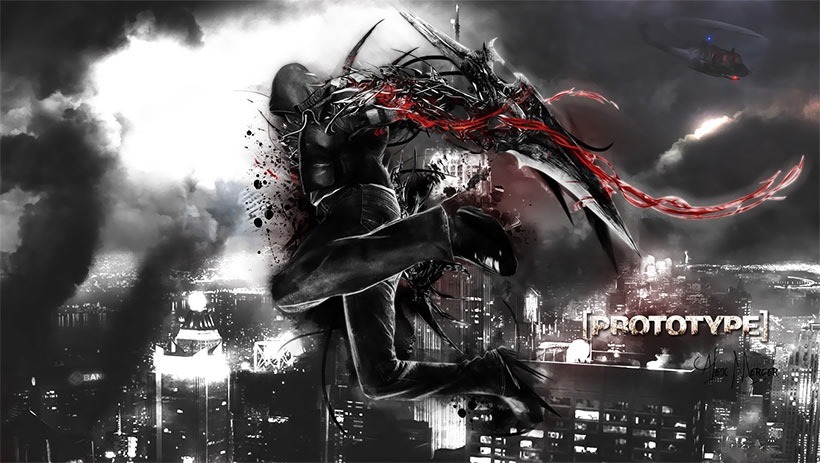 I rather enjoyed Activision’s open-world super-hero fantasy twaddle series, Prototype. Neither of the games in the series were particularly excellent, but taken for what they were, they offered a pretty good gaming experience.

The first Prototype had you playing as Alex Mecer, an angsty white dude who gained incredible super powers thanks to dodgy mutations. The second Prototype added the tiniest bit of social justice by swopping out the angsty white guy for an angsty black one by the name of James Heller, but the premise remained much the same: Destroy stuff.

That destruction was pretty fun; jump-kicking helicopters and elbow dropping tanks is the sort of super-powered fantasy I can get behind. Recently, rumours surfaced that the games were set for a remastered rerelease on the PlayStation 4 for whatever reason. Mayhaps Activision is keen on gauging interest in a sequel.

Well it’s out. Prototype’s new bundle is out, containing all of the DLC for both games – only it’s out in the Xbox One, having been stealthily released without much – or any – fanfare. It’s available for $50 from the Xbox Marketplace, and is sold as a bundle only.

There’s no word on what sort of remastering job has taken place, but given the relatively small file sizes of each game – 7.38GB for Prototype 1 and 10.22GB for Prototype 2 – it’s safe best to assume that it’s a mild one, given the most perfunctory gloss thanks to a resolution and frame rate increase. The accompanying screen shots don’t seem to indicate much of an upgrade, if any.

It’s also possible that each game is wrapped in an emulation layer as way to test the Xbox One’s newly added backwards compatibility, but at $50, that would be cause for a digital riot.

Are you keen on playing Prototype(s) again? Did you perhaps miss them the first time around and need something to scratch that Hulk: Ultimate Destruction itch?

I’d be rather happy to play a new one to be honest. After far too much serious business, I’d be up for a bit of mindless skop, skiet en donner.