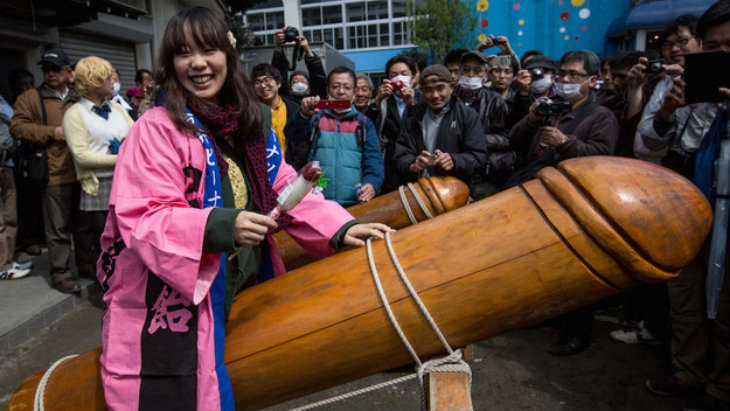 Sales of the P(eni)S Vita haven’t been too great, even in the traditionally hand-held market of Japan (there’s a joke there, but I’m not even touching it). What better way to turn things around than to make a new ad for the unit that includes boys engaging in locker room comparison?

Here is the latest ad out of PlayStation Japan:

For the non-video viewers among you, the ad is the same joke reimagined for about a minute. One boy drops his towel, leading to gasps and pointing from another young man. Is he amazing at the sheer size of the strapping youth’s endowment? No! There’s a PS Vita in the kid’s hand that is just oh so incredible.

I love advertising like this – it’s just silly and fun and isn’t taking itself too seriously. Besides, that’s all that handheld toys are, right? It’s all just a competition to see who has the biggest joystick coolest stuff. Why not play on that side of things?

Would an ad like this sway you towards buying a PS Vita? I think they’re cool devices, but I’ve yet to see a compelling reason to get one… other than making people jealous, I guess. I adore my 3DS, but even that device doesn’t get used as much as it should – would the PS Vita end up another forgotten toy, left to gather dust on my nightstand? Also, once we start comparing portable gaming devices to a penis, this entire article takes on far too many double entendres.