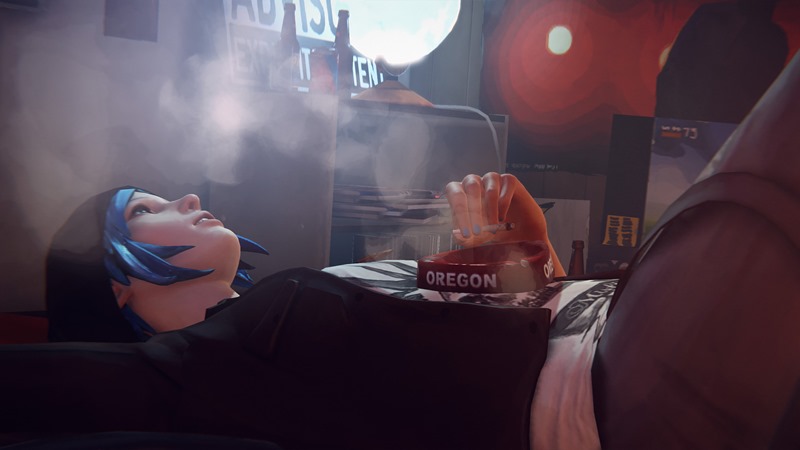 Like it or not, the equal and fair representation of women in gaming is an issue, and one that is unlikely to go away anytime soon. Some may argue that developers aren’t trying enough to shift this tide, but it seems that publishers are the wall that they keep running into. Or, at least, it’s the reason Life is Strange was nearly never made.

The developers of Remember Me have been teasing their enticingly interesting episodic adventure for a while now, with the first episode set to drop this month. But that nearly never happened, with Dontnod Entertainment explaining that numerous publishers turned them down over the sole basis of their lead being a female. It appears Square Enix were the only ones without this demand.

“Square were basically the only publisher that didn’t want to change a single thing about the game. … Square didn’t even question [the decision to make Max female] once.”

Dontnod goes on to explain that they’re not actively trying to make all of the leads in their games female, but rather that the characters they create progressive evolve naturally and take shape by themselves. As stated in the development diary, they’re not “trying to ‘fix the industry.'” Max, protagonist of Life is Strange, always felt naturally female, according to Dontnod.

This isn’t the first time they’ve run into adversity such as this before. When developing Remember Me, creative director Jean-Max Morris was extremely outspoken about how publishers flat out refused to publish the title because of its female lead. Back then it was Capcom who came to the rescue.

“We had some [publishers] that said, ‘Well, we don’t want to publish it because that’s not going to succeed. You can’t have a female character in games. It has to be a male character, simple as that…'”

I don’t pretend to deny that gender representation in games makes a noticeable impact of its marketability. If it didn’t, there wouldn’t a movement rallying to change it. I do, however, question consumers who base a purchase solely on the character on the cover. Life is Strange looks like a wonderfully unique experience; should it matter that you’re playing as a female?

I certainly don’t think so, and believe in games that speak through their writing and gameplay rather than using gender as a crutch. What’s your opinion on the matter? Does playing as a female steer you away from a game?