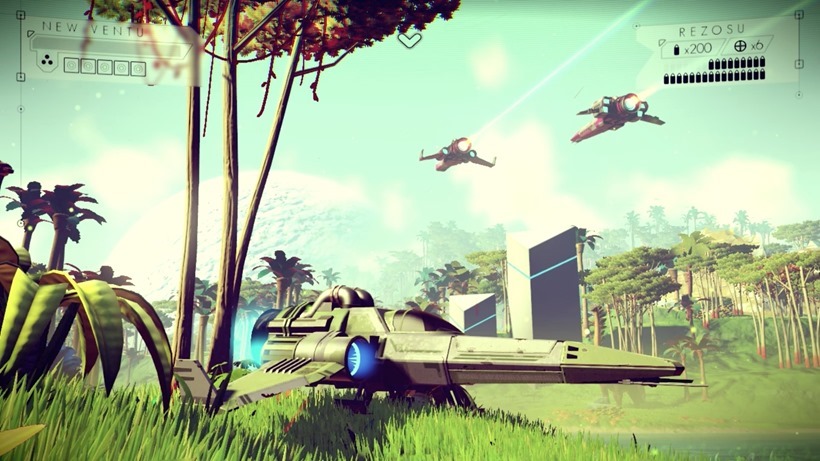 We’ve been seeing a lot of No Man’s Sky ever since E3, thanks to a wealth of gameplay videos and new trailers spewing out of the offices of Hello Games. For a procedurally generated game with seemingly endless possibilities, I feel quite acquainted with the space sim already – even though the latest trailer for the game still manages to show me new and wonderful things.

Stratospheric space battles, water-logged planets and new ways I’m going to conduct extensive ichthyologic expeditions are all par for the course here – with a release date being the only thing missing in what seems like a perfect trailer for one.

Honestly, that trailer seemed to be begging for a little morsel of information popped on at the end, but sadly we’re still entirely unsure of when the game will launch simultaneously on PS4 and PC. Hello Games previously said that a small setback prevented them from announcing a date at E3, so I don’t think we’re too far away from getting a solid answer. And considering all the media the game has been receiving over the past few weeks, I’m pretty confident we’ll get it before the month ends.

But since Sony isn’t going to be holding a conference at Gamescom, this should be able to tide you over until the next big push of No Man’s Sky footage. I’m pretty much sold on the idea of aimlessly wandering space while trading and avoiding the environmental police at every corner or the galaxy. Are you?