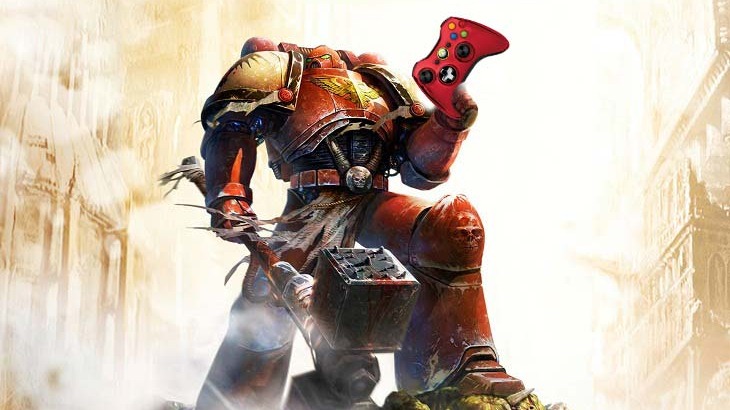 Strategy games may not be as massive as first-person shooters or tap-happy avian species being flung towards porcine enemies, but it’s a genre that isn’t going to disappear anytime soon. What you won’t see often however, are RTS titles on consoles. They’ve always been a headache to port over and create control schemes for on those platforms. But one studio reckons that they’ve cracked the conundrum.

According to Dawn of War and Company of Heroes studio Relic Games, they’ve got a “plausible solution” that could see RT games work well on console. But they’re keeping it a secret.

“There was always a talk of strategy games on console,” Relic’s game director Quinn Duffy said to Eurogamer.

We were just like, ‘oh my God, how do you do that?’ We think we came up with a plausible solution, which I’m not going to talk about.

There’s some stuff that’s been back burnered for years because we wanted to see how technology, the market, control and touch emerged. Hopefully we will be positioned to adapt to some of that.

Still, having an idea is one thing, but mouse and keyboard will always be the preferred method of input in RTS games according to Duffy. “The purist interface control of a traditional strategy game is mouse and keyboard,” he said.

One other potential pitfall, would be managing cross-platform competition, as PC gamers would have a massive advantage over console gamers. But still, the idea that Relic has would at least make these games manageable on other platforms as those gamers could control squads and conduct battle properly. “But not in the same way,” Duffy explained.

There would need to be some changes. But I think it’s possible. You need to stretch the boundaries a little bit.

Relic needs to still develop this idea, which is why they’re being hush-hush about it, as another studio could easily thief it away. I’ve always imagined that this would be the perfect generation with which to kickstart RTS games on console.

In particular, the Wii U would be a perfect platform to do so. Thanks to that tablet controller, that would be the ideal input for controlling armies and surveying the field of battle. Toss in more tablet options, such as SmartGlass on the Xbox, and you could easily bring that genre to those devices.