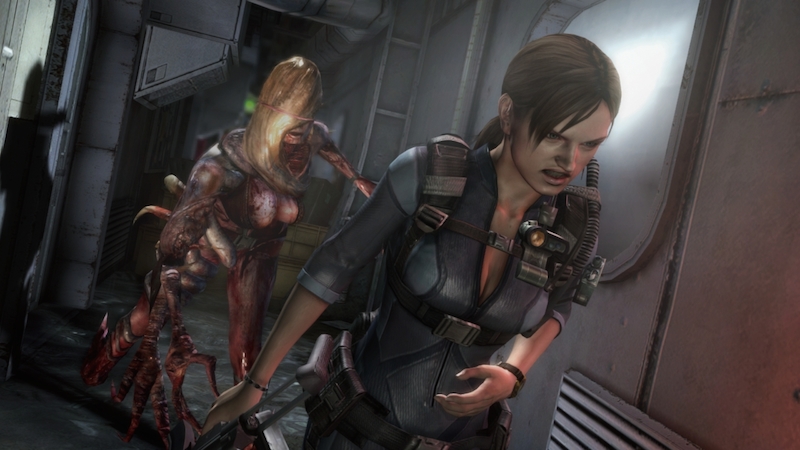 Resident Evil Revelations is that one entry into the series that fans want more of. The once-3DS exclusive took away some of the action, made ammo a scarce resource and actually brought some of the horror back. It’s no surprise then that it’s lauded over some of the numbered releases, which makes news of a sequel even sweeter.

Resident Evil Revelations 2 was teased a few weeks ago, with screenshots of the supposed box art surfacing online. That was pretty much all anyone needed to know that a sequel was on its way, but the game was formally introduced during Sony’s press conference at The Tokyo Game Show.

Although, things are still a bit unclear. First off, the game is said to be in “pre-production”, which is why instead of gameplay we have real actors acting really badly in the reveal trailer. That’s usually a sign that a game is a long way off. Except that Resident Evil Revelations 2 currently has a release window of “Early 2015”, which is extremely close for a game that doesn’t have a solid direction yet.

The game is playable at TGS, so at least there’s something on the table already. There’s no word on platform availability yet though, but it’s safe to assume it’ll be coming to most consoles next year. The leaked box art showed the game coming to Xbox, while the announcement on a Sony stage confirmed it for PS4 at the very least.