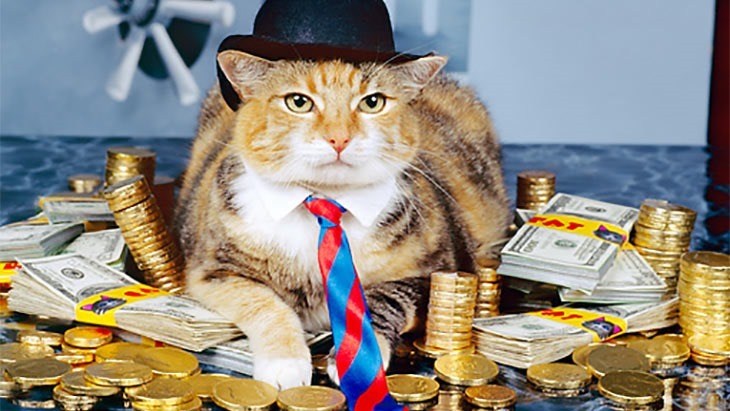 We’re big fans of the Humble Bundle sales. they not only offer gamers a great selection of games for cheap, but they also allow for the proceeds to be split between the developers and charity. Unsurprisingly – because one should never underestimate human greed – malfeasant slimebags have been selling the Steam keys from those sales for profit.

PC games digital distributor 7 Entertainment and the sites under its banner have apparently been reselling games, originally purchased as part of Humble Bundles, for discounts; usually more than the Humble Bundle, but less than Steam.

Sites under 7 entertainment’s helm include Fast2Play, Kinguin, G2Play. Kinguin works as a sort of eBay for digital codes, so those keys would be sold by users. Fast2Play doesn’t operate that way, and they insist all of their keys are legitimate. One indie developer found this to be untrue.

Proteus developer Ed Key purchased a key for his own game through Fast2Play. He then cross-referenced the  key he’d received and it matched up with one he’d sold through a Humble Bundle – so there’s definitely some sort of illicit shenanigans. Either way, it’s illegal under the Humble Bundles’ and Steams’ terms.

“In this case the ‘resale’ was prohibited by the terms under which it was purchased,” says Alex Tutty says, legal counsel for affected indie developer Paul Taylor. “What was obtained (‘sold’) in this instance was a non-transferable license to use a game and hence why I have put ‘resale,’ ‘sold,’ and ‘resell’ in quotation marks, as while it is helpful to use these terms, they are not actually correct. Unlike physical goods, digital products can have these restrictions placed on them and while the law is developing in this area, this is where it currently stands in the EU.”

Key says that this sort of profiteering is even worse than piracy.

“I don’t really consider this to be any different from piracy in my mind,” Key says. “The only difference is that they’re charging money for something that The Pirate Bay would give out for free. It’s the same kind of breach of license conditions with a digital good, and the few pence we’d have got from the initial bundle purchase doesn’t really excuse it.”

7 Entertainment has since issued a statement regarding its alleged profiteering.

My name is Matt and I am a representative of 7 Entertainment, the owner of Kinguin platform. First of all, we would like to apologize for the situation. It was never in our intention to expose any indie developer to any financial losses or to cause them troubles. Please be advised, Kinguin is a digital platform for vendors from all around the world to sell theirs digital goods. Kinguin is not the owner of those products. If you can put it simple – Kinguin is like an Ebay for gamers.

We have already contacted vendors selling those products in order to receive some information regarding the origin of those keys. We are sure that this situation will be resolved within next week. Our Terms of Service is really clear – it’s prohibited to sell games commonly offered as free or games from any charity events.

That said, we strongly believe that products offered by our vendors give benefit to indie developers at its original purchase. If someone puts his offer on our marketplace, we can only verify validity of the key, not knowing its source.

I want to state it very clearly – Kinguin Team supports Humble Bundle events with all our hearts. It’s a great way to raise some money for noble goals, while supporting indie game developers.

Fast2play.com is our other project – english e-store with a wide choice of products. All products come from official suppliers and again, we don’t have any means to verify the source of codes. We were assured those products come from official distribution and we are still waiting for explanations from the supplier. Until the resolution of this problem, all those products were removed from our site. I want to mention that Humble Bundle is no longer providing any user with keys, just a link to activate it directly on STEAM platform. On Fast2play.com you are not able to buy accounts, digital currencies (like World of Warcraft gold) or other digital goods that are not available for sale via official channels.

I hope this information will help you understand that neither Kinguin nor Fast2play.com meant to cause any harm to producers, developers of those games and Humble Bundle organization, which we strongly support.

With Humble bundles no longer issuing keys and instead activating directly on a user account, this is a problem we expect to see disappear, but reselling games for profit when that cash could and should have gone to charity still strikes us a dick move.