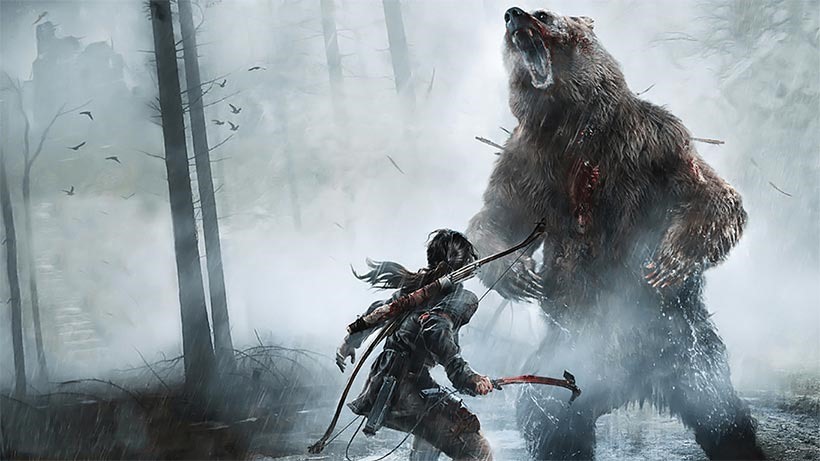 There was a great big furore when Rise of the Tomb Raider was announced as an exclusive. The wording was ambiguous, with Crystal Dynamics and Microsoft insisting it was a genuine exclusive, and then later saying that the deal had a duration, and then later still banging about on the exclusivity drum. Showing us just how useless the meaning of the word exclusive has become, is news of Rise of the Tomb Raiders release dates…for PC and PlayStation 4.

Yes, it’s been confirmed you’ll no longer need to own an Xbox One if you want to play the latest and most expansive of Lara Croft’s adventures – it’s coming to PC and PlayStation 4 next year.

While the game is set for release on Xbox One in November this year, PC and PlayStation gamers will have to wait a while. It’s coming to PC first after the Xbox One, coming at some point in early 2016. Those who play on Sony’s system will have to wait a bit longer, as that exclusivity duration extends until November next year.

It’s a lengthy wait for Lara, but according to those who’ve had hands-on time with Rise of the Tomb Raider, it’ll be worth it. It’ll also likely be released with all of the game’s DLC to date, giving PlayStation and Pc gamers a more complete experience, even if it is a later one.

I’m okay with this. I’m fine with Xbox One gamers getting a leg up on others if it means Microsoft’s cash injection has made for a better game. As somebody who doesn’t yet own an Xbox One, I’m just happy that I’ll get to play the game.

I’ve always said that the Street Fighter V “exclusivity” deal is a bigger one, and it turns out I may have been right. Capcom has very much confirmed that the popular fighter’s fifth numbered game will stay bound to PC and PlayStation 4. Time, however, will tell.