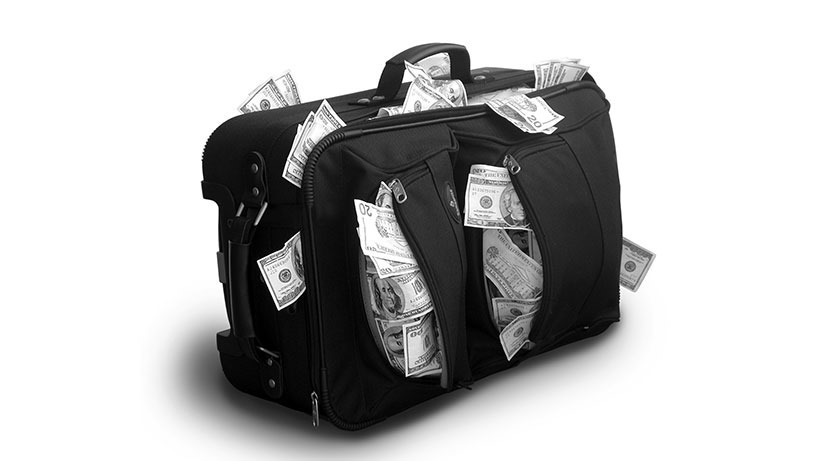 Rise of the Tomb Raider is, for an extended period, exclusive to Microsoft’s Xbox platforms. It’s coming months later to PC, and will eventually be released on PlayStation 4. This sort of thing, naturally, has gotten right up people’s noses, angering many Lara fans to the point where they’ll threaten boycott and then buy the game anyway. Square has explained why they chose the timed-exclusive route, and how difficult a decision that was to make.

“I hope fans know that it wasn’t an easy decision. I think any sort of partnership at this level is a decision that took a long time for us to get to. The decision at a studio level, we took very, very seriously. We knew it would, in the short-term, disappoint fans,” Rogers said.

But why Microsoft? Other than that aforementioned money-laden suitcase, obviously.

“What we saw in Microsoft, which is probably not as well known, is that Microsoft’s passion for Tomb Raider is amazing.”

“Having been working with us on previous games in a lesser sense, they’ve been supportive. [However], for Rise of the Tomb Raider, they’ve just brought this passion and belief that has really enabled us to blow people away. People should feel that about Microsoft. Their commitment to Tomb Raider is just amazing for us,” Rogers said.

According to Rogers, Microsoft is essentially treating it as a first party exclusive.

“If you don’t know, Phil [Spencer] visits Crystal [Dynamics] every time he’s in the Bay Area. Phil is the most welcomed guest, he’ll come talk to the team, play the game and [Microsoft] is a very committed organization to our properties. It just makes it that much more exciting for us,” Rogers said.

“It (passion) becomes the most important thing. We’re about growing our IP, this is a long-term decision. We’re going to take Tomb Raider up to the next level. With Microsoft’s belief, passion and sort of muscle to help us deliver, we really think this is going to be an awesome game that people will enjoy for years and years to come.”

If Microsoft’s involvement means a better Tomb Raider, then it’s hard to complain. That said, in the light of announcements of other platforms for the game before the Xbox One version is even out, it all seems like it’s a bit of backtracking and ass-covering.