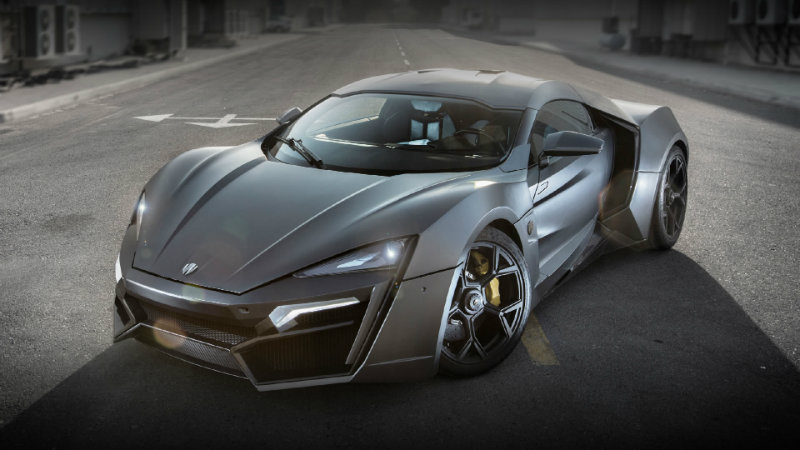 As soon as I see the letters D, L and C next to each other, I start to get worried. Sometimes, additional content can be excellent. However, I am always afraid that it’s just a cheap cash grab. That is, unless it’s free DLC. Project CARS will include tons of free DLC, the first of which sounds mythically awesome.

No, there aren’t any lycans in Project CARS, but there is the Lykan Hypersport. One of the most exclusive and expensive cars ever made, it has additional options including embedded diamonds, emeralds and sapphires. It’s the first super car to be produced in the Middle East and will even be making an appearance in the upcoming Furious 7 film. Project CARS creative director, Andy Tudor, commented:

We are immensely pleased to have this awesome machine in the game and to give fans the chance to get behind the wheel of a truly amazing vehicle. The Lykan Hypersport represents the first of a series of free cars we’ll be giving away every month as a thank you to our fans for being so patient for the launch of the game. We’ll have more info on the full schedule of further content for Project CARS soon but we hope that this is a great sneak peek of just one way in which Project CARS is going to expand in the future.

So if you need even more cars, you don’t need to stress – Project CARS will be giving you a new one to download each month. That’s going to be quite a selling point for motor heads around the world. I doubt many people can afford to even sit in a Lykan in real life, but thanks to the magic of gaming, you can do everything from tweaking it, to driving it around your favorite track. Better yet, it’s free.

Are you sold on this game yet? Does it just keep getting better and better for you, or will you keep your driving action allocated to your traditional game of choice?