Home Gaming Rocket League has no plans for power-ups 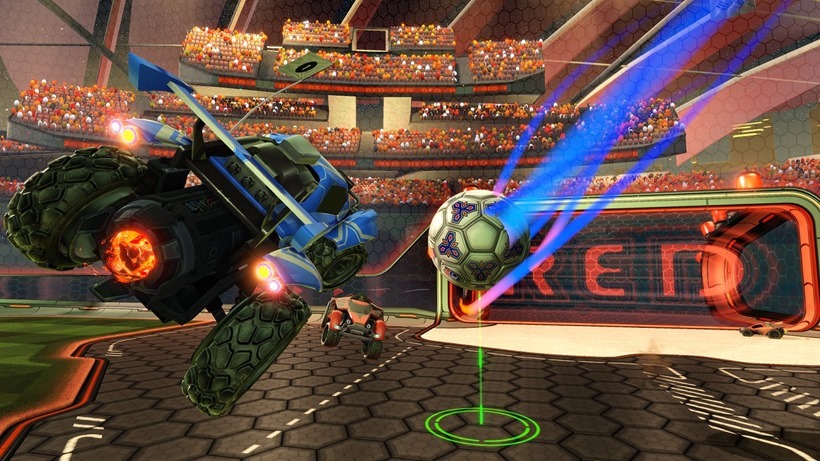 Rocket League! It’s the best competitive game on consoles and PC at the moment. Hell, it’s the kind of game which makes football interesting. And I’m not talking about American football which is an experiment in seeing what happens when two teams of roided-out rage monsters crash into one another.

I’m talking European football, or soccer. For years, I’ve been suggesting that the sport become more interesting, by placing various death-traps on the field, land-mines and surprise tiger pits. That would liven the spectacle up quite a bit for me.

But Rocket League took that sport, and gave it just what it needed. Cars, boosters and a giant freakin’ ball to crash around into. As a competitive sport, Rocket League is just aces. And that’s because the game has a fine sense of balance.

Everybody starts out on an equal footing, careening towards one another at break-neck speed, with the only DLC around being purely cosmetic at this point. In a thread on Rocket League’s Reddit page, Psyonix founder Dave Hagewood remained adamant that power-ups wouldn’t be introduced to the game:

There are not going to be power-ups added to the game. We’re not going to change balance, add stats, change physics, etc. We have a good formula and there are already infinite ways to make the game even better without changing core gameplay.

BUT, that doesn’t mean that there isn’t something on the way. The longevity key here, could be in the form of mutators. If you ever played Unreal Tournament, you know what I’m talking about: Match mix-ups which affect everybody, thus keeping the balance of Rocket League intact.

As for rage-quitters, expect some sort of a fix in the near future for those players who can’t handle the fact that they’re trailing behind 4-0 after scoring a couple of own goals. “We are addressing this soon,” Hagewood wrote.

As I said, Rocket League is brilliant stuff. If you’ve got PS Plus, you can grab the game for free right now. And if you don’t, then there might be something wrong with you. Possibly too many soccer balls to the head, I think.