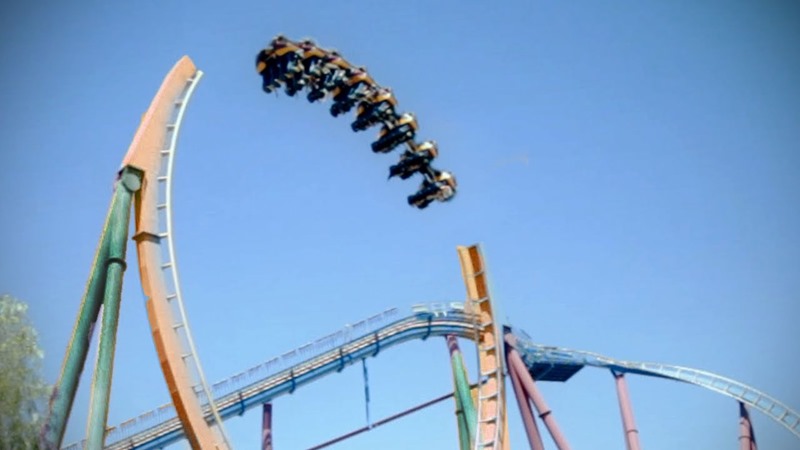 I’ve mentioned before that I love rollercoasters. Especially when I’ve had too much to eat, have the front seat and my aim is riiiiight above the heads of some teenagers who are about to have their stupid hats ruined with the contents of my lunch. Even better than aiming an upchuck for a downchuck however, is creating your own Spew-A-Thon in your own rollercoaster world. We’ve already seen some of that in Screamride, but there’s more than one game on the way taking advantage of the theme park genre.

And that game would be Rollercoaster Tycoon world. Thing is, the original trailer for that game didn’t exactly give off some positive vibes when it was originally released. See for yourself:

Responding to that though, Rollercoaster Tycoon World Atari addressed the issue. “Dear RollerCoaster Tycoon World Fans, We have heard you, and we concur; the trailer did not show the final game and the game everyone should expect from the RCT franchise,” Atari said in a blog post.

Let’s start with a bit of an explanation: The game is currently in what we are calling a pre-alpha stage – features and graphics are still being coded. Since the switchover of our development team this past Fall, we have focused on core functionality and “under-the-hood” engine work. This is why there has not been significant visual progress on the title. Engine work is critical to the overall stability of a game, and it requires significant labor and time to get right. We knew in the Fall we still had a lot of work to do to achieve the core engine we wanted – one that could support a game like RCTW. Now, however, we are able to finally continue working on the higher level functionality and visuals.

Our intention in releasing our pre-alpha gameplay as a trailer was to show that there is progress being made. RollerCoaster Tycoon has meant so much to so many people over the years, and it’s entirely your prerogative to feel protective of the franchise, just as it’s ours to assure you that it’s in good hands. Our hope in releasing the trailer in its current state was to offer some reassurance that gameplay and features were coming along.

The game will be out eventually. Or as soon as I’m finished designing the Puke-Clear Option ride. Which might take a while.