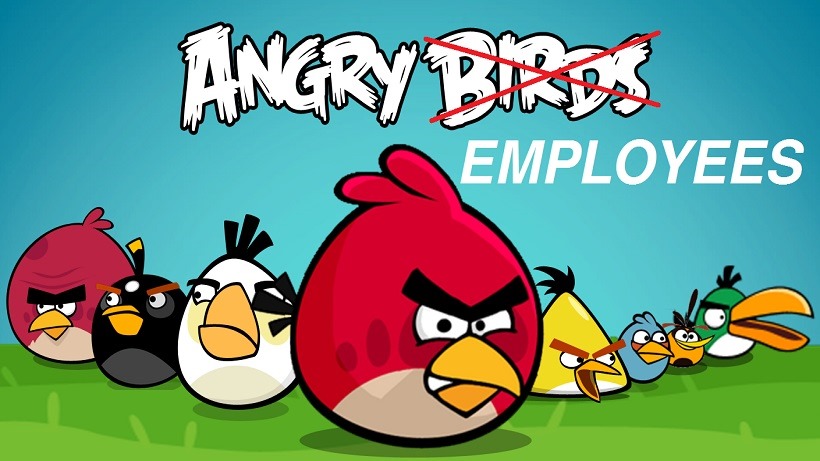 If you don’t know who Rovio are, then you’ve probably not owned a phone for the last, oh I don’t know, five or six years. They’re the company behind the insanely popular series of mobile games, Angry Birds, which has gone from avian flinging and bacon killing, to various other genres, and back to bird throwing yet again. Overall, it’s a franchise that has been pretty profitable, spawning merchandise beyond the games, as well as a television show, and an unreleased movie. Apparently the company needs to sharpen its focus however, which is why up to 260 people will lose their jobs moving forward.

This announcement was made in a press release over on the Rovio website (via Game Informer):

Rovio Entertainment today announced plans to restructure and concentrate its activities around three primary business areas: games, media and consumer products. As a result of these plans, the company will begin employee negotiations on up to 260 redundancies.

The negotiations apply to the whole organization, excluding those working on the production of the The Angry Birds Movie in the United States and Canada.

Ok… but why though? What reason could there possibly be for downscaling so many people? Rovio CEO Pekka Rantala had the following to say:

“While we have gathered good momentum this year, especially with the launch of the Angry Birds 2 game — downloaded nearly 50 million times in its first month of release — fundamental changes are needed to ensure Rovio succeeds in its global ambitions to be the leading entertainment company with mobile games at its heart. This is personally a difficult decision. However, it is certain that a leaner and more agile Rovio is absolutely necessary to move forward and take the company to new successes in the future.We will work with and support all our employees through this period of change.”

“Rovio’s growth and eagerness to explore new business opportunities over the past few years has been exceptional. As a result, we did too many things. In our current financial condition we must now put focus on where we are at our best: in creating magnificent gaming experiences, in producing an amazing animation movie and in delighting our fans with great products.”

I’m sorry, what? Angry Birds 2 was downloaded 50 million times? That sounds pretty damn successful to me. I guess Rovio were hoping for bigger numbers – the sort of millions they got with the Angry Birds hype a few years ago. I haven’t touched an Angry Birds game for years myself, along with many, many others. Still, 50 million downloads really isn’t anything to scoff at or sweep under the rug.

That’s business though – it’s all about numbers and profit. While I’m all for a more focused Angry Birds gaming experiences moving forward, I don’t see why Rovio have had to lay off so much staff to realise that vision.

What do you think? Is this layoff completely unnecessary? Or is it a smart move on Rovio’s part?