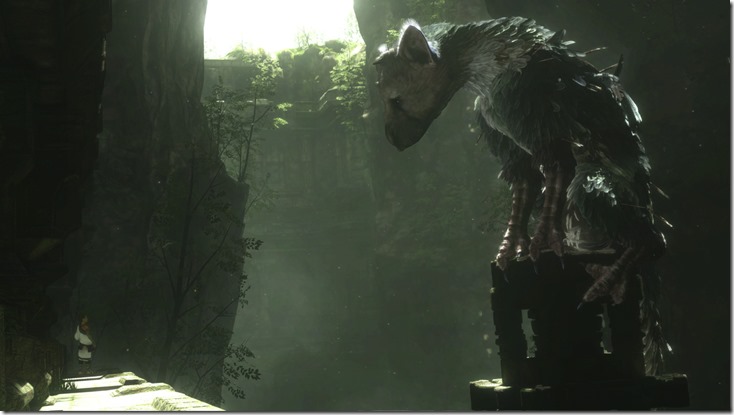 There are some long-anticipated games that get the collective gaming audience to perk up when they hear their names. Years ago, one was Duke Nukem Forever. Since then, Half-Life 3 has been a big one. And now we have a fresh mention of another one: The Last Guardian.

We first heard mention of Team Ico’s follow-up to the legendary Shadow of the Colossus at E3 2009. At the time, it was planned for a PlayStation 3 release in 2011, having been in development since 2007. Since then, the game has been hit with numerous delays, and very little detail has leaked out. Conflicting status reports were heard last June, and the dreaded “vaporware” began to find its way to the lips of disappointed gamers everywhere.

There may be reason for excitement, as the name of The Last Guardian has surfaced once again. Video game industry insider Ahsan Rasheed had a lot to say on his Twitter account yesterday, including this juicy set of tweets:

And yes, UC4 was posted twice on purpose.

That’s a lot of rumours smashed into a few tweets, but right down there at the bottom is the name of Team Ico’s sought-after title, apparently as something to look forward to on the PlayStation 4. Beyond that, we know that Driveclub is coming, so that’s not quite as shocking. But the remainder of the rundown includes new IPs from Sony Santa Monica and Guerrilla Games, as well as Uncharted 4, which is apparently intentionally mentioned twice.

Absolutely no time table was hinted at in the series of tweets, so this is a whole lot of teasing. But if these turn out to be true, then PlayStation 4 owners have quite a lot to be excited about.