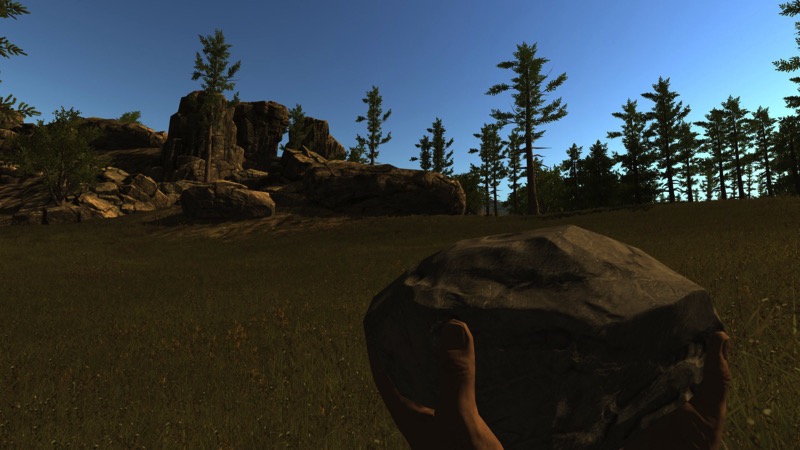 Race and gender representation has been (and still is) a very contentious argument taking place in the gaming industry. An increasing number of gamers are vying for better, more equal representation of lead characters that we get to play as – so that the diverse crowd of people who enjoy games can, just maybe, connect with characters representative of their race. Rust, believe it or not, actually nails this in an incredible way.

Highlighted in a brilliant video by the guys and girls over at Extra Credits, Rust presents a rather interesting experiment on identifying with avatars in game. The game (which is still in rebooted early access), is a first-person hybrid between DayZ and Minecraft where the only goal is survival. Having played it in copious amounts last year, I soon realised that Rust wasn’t only about staying alive, but also about realising just how truly terrible a person you can become when you can trust no one. It’s incredibly engrossing, but also manages to pull off another important social experiment.

You hardly see your own character in Rust (being first-person and all), so it’s sometimes surprising to have racial slurs thrown at your character for no apparent reason. See, as soon as you start the game, Rust rolls a character for you – determining your race without any input from you. This character is then tied to your Steam account, meaning you can’t change it if you tried. You’re forced to identify and deal with whatever race the game has thrown at you – and endure the pleasure or hardship it brings. Much like real life.

And it extends further than maybe having to face slurs that you perhaps dished out online to others at some point. As Extra Credits points out, some Rust players are struggling to identify with their characters because of the race discrepancy. This, again, in a game where you don’t even see your character. That in itself speaks louder than most words when talking about how marginalised minorities could feel when solely represented by predominantly white leads in most video games. It’s an actual, tangible way to express how that can, and often do feel.

It’s an incredible risk that Rust takes too, because it no doubt scares some potential customers away. It is, however, the most progressive form of teaching gamers why more equal representation is a good thing – through a means that doesn’t also hold the actual game in a vice grip. You could play Rust for hundreds of hours and not even realise the impact of its character creation. But for the thousands that are, it’s changing perceptions on why maybe, just maybe, there should be a more even spread going forward.

“A game doesn’t have to be about race to teach us about race”. That’s the best argument I’ve heard so far.