Home Saints Row: Gat Out Of Hell is inspired by Disney movies 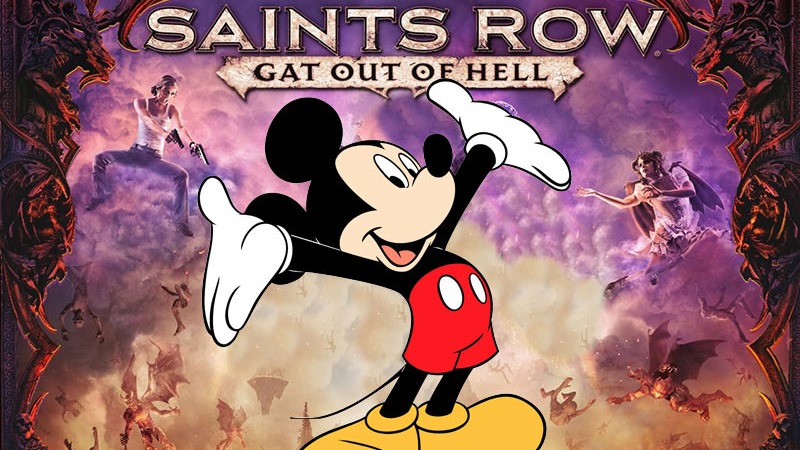 Saints Row is anything but a family-friendly title. It may rely on cartoonish violence, but there’s still more than enough gore to go around, pimps to slap and buildings to topple. Which is why it’s kind of surprising to hear that the latest game in that series, Saints Row: Gat Out Of Hell, was inspired by Disney movies.

The Gat Out Of Hell standalone has players descending into the bowels of hell itself as either Johnny Gat or Kinzie Kensington in order to help save the boss of the Saints and prevent a diabolical marriage. That means that there’ll be ample time to say hi to previous Saints Row characters who wound up dead and buried in previous games. So where’s the Disney influence in re-kicking ass in a circle of the inferno? Because much like Frozen or the Lion King, Gat Out Of Hell will have a musical number.

“I’m pretty certain that we’ll be the only open-world game that comes out with a full-blown musical number in the middle of the critical path,” creative director Steve Jaros told Destructoid.

One of the things that we lean on [heavily] for inspiration for this is Disney movies. I’m a big Disney fan. For instance, if you remember stuff like in Sleeping Beauty or Cinderella, the beginning of the movies [have] the ornate story book that opens up. It’s illuminated text and story-book pictures, and a narrator – that’s kind of our story structure.

Jane Austen narrates you through this fairy tale; [Satan’s daughter] Jezebel is very much a sort of Disney princess.

And before the mouse house scrambles some lawyers, don’t worry – Gat Out Of Hell won’t be parodying Disney movies. It just “echoes some of those themes”, Jaros said. I’m kind of surprised that the Disney influence wasn’t from the actual theme parks. Because standing in lines for vomit-inducing rides in swelteringly hot weather while various abominations run around shrieking and screaming is most definitely my version of hell.

I know that the Saints Row formula hasn’t exactly changed too much since the series peaked at Saints Row 3, but dammit, I just can’t get enough of those games thanks to the ludicrous story and characters. That, and I missed out on the fourth game, which still burns my ass. Gat Out Of Hell will be a standalone expansion and the re-tooled Saints Row 4: Re-Elected will be out on old and new-gen systems in January, the most barren of gaming months.