Home Gaming Scalebound will be a ‘completely new take’ on action 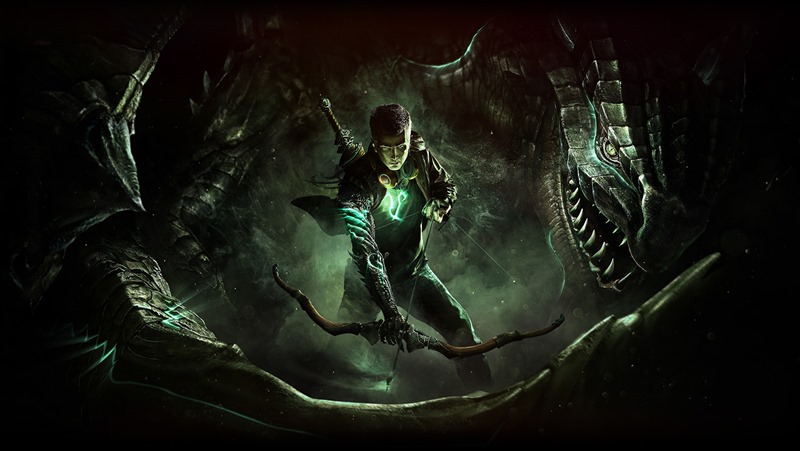 We’ve all got that one favourite developer, that genius who can do no wrong with any game that they create. For Geoff, that Shigeru Miyamoto from Mario (Geoff’s note: This is patently untrue. Wii Music was an abomination), for Zoe, that’s her creepy crush Mike Bithell and for me, it’s Hideki Kamiya. This is the man behind games such as Devil May Cry and Bayonetta. Games that I adore. And expect his next game, Scalebound, to up the ante for action. But in a different way.

Speaking to Polygon at the Tokyo Games Show, Kamiya, producer Atsushi Inaba and creative producer JP Kellams explained that Scalebound would have a completely different template of style and action compared to previous games that Kamiya has worked on. “Monsters, dragons, large action [sequences], that is exactly what our key theme is for this game,” Kamiya said through a translator.

This large, epic-scale of battle taking place right in front of your eyes [and] the impact and dynamism that it brings to the experience, that’s going to be core to the game.

It’s still early days for the game, following an E3 2014 announcement, but what is known is that Scalebound will have players fighting with a massive dragon against other beastly titans. What isn’t known yet, is how this gameplay mechanic will actually work. “I can’t say a whole lot about how much of the detail or the control of the action you have over the dragon, but you will have a very good sense that this is a living, breathing partner on your side,” Kamiya explained.

Whether it’s through battle or through adventure, your relationship and your bond is going to grow throughout the story. Your player character and this dragon will form that bond and in that sense you will have a relationship…

Pressed for whether or not the dragon would be able to evolve its look and abilities over time, Inaba couldn’t explained that “we envision this game as something you’ll be playing for a long time.” But for the core gameplay itself, Kamiya explained that Scalebound would be more than just his usual action tricks with a giant monster added to it:

The way we’re approaching our development and building the game is unlike what we’ve done before, it’s a completely new take on how we make this [kind of] game. In that sense, I don’t look at it as going to be just for the very skilled, advanced players. It should be appealing to a wider range of players — it’s not going to have a very severe risk/reward type of feel. The dragon element, the fantasy world setting element hopefully will attract a wider audience and that the game itself, the combat system will match those expectations.

Because Scalebound will focus less on action and quick reflexes, this also means that Scalebound will be getting a graphical boost, Kamiya explained. “The most important thing for Bayonetta was more focusing on the action, the reflexes, the challenge,” Kamiya said.

That is not the main main focus [with Scalebound]. It allows for us to dig in deeper in terms of the quality of our visuals and our graphics… At first glance you’ll see the Platinum essence come through. Even that will be unlike anything you’ve seen before.

And one other departure from the Platinum mould, appears to be the hero himself. Don’t expect a dual-wielding fighting god this time around. “That sort of template or style [of dual-wielding weapons] is not what we’re aiming for,” he said. “There’s more to what we are building for the character.”

I’m not exactly worried about Scalebound having less action. When you’re dealing with Hideki Kamiya, that’s the equivalent of being told that you’re getting a car with less speed, kicked out of your Bugatti Veyron and given a Ferrari F35 to drive instead.