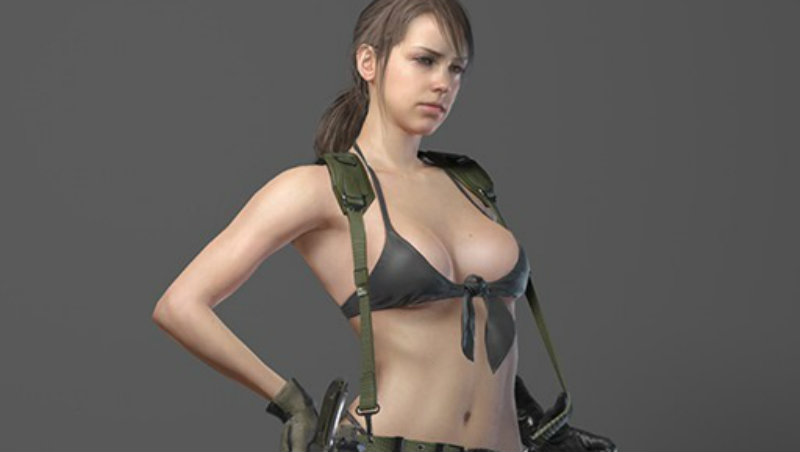 Quiet, the scantily clad sniper from the new Metal Gear Solid game caused quite a hullaballoo when she was announced. You all had tons to say about her design and we debated whether it was sexist, overly sexist, or just hot and we don’t care. Now she’s getting a figurine and I’m worried about the oncoming debates.

I don’t generally mind the sexualization of characters in games as long as it makes sense in their context. It’s already bizarre that every male warrior has enormous shoulders and chest and looks unspeakably sexy (sorry, I’m still coming down off of my Iron Bull romance in Dragon Age), so why not make the women similarly attractive? Of course, the problem comes in when a game seems to seek some form of realistic gameplay and then goes over the top in sexualizing a character. We’ve already had the debate, so I’m not going to rehash it, but there is absolutely no reason why she should be wearing that outfit in a war zone.

Anyway, she’s now becoming a figurine. Releasing in Japan at the end of April and coming to the West in June the figurine will set you back $100. Here are some pictures of what’s in the box.

I’m not overly impressed with the joint design on the figurine – particularly the shoulders. However, beyond issues regarding the actual figure design, I’m worried that this will spark renewed controversy about the depiction of women in games. While I honestly feel fine much of the time with how women are portrayed in games, it’s hard to defend the issue when examples like these are brought up. This design would be fine in some pure entertainment fluff like DOA, but for something that’s seeking to be a more serious and realistic (in some ways) game, it’s just unacceptable. Just compare it with the Snake figure, also made by Play Arts Kai. 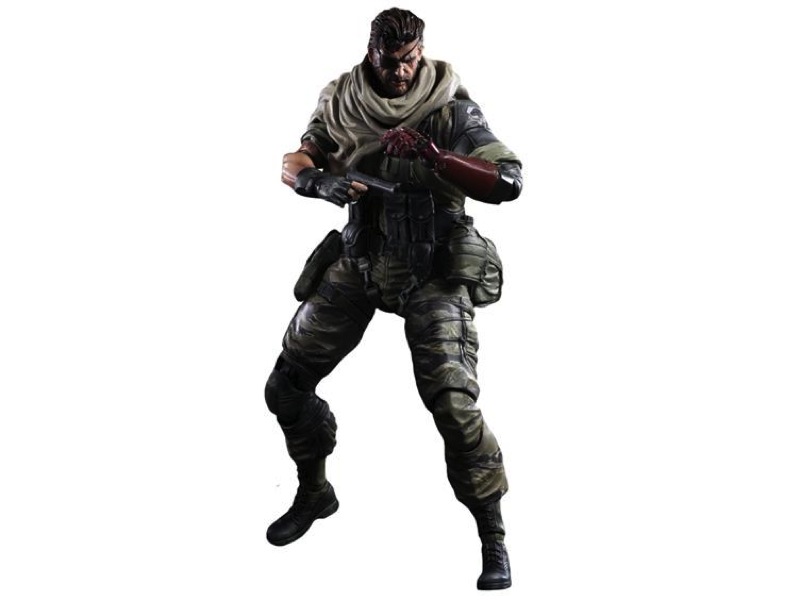 Am I overreacting, or does it seem a bit ridiculous? Can anyone give a valid reason for this design choice other than eye candy?