Home Features Shadow of the Tomb Raider is critiquing Lara Croft, but in narrative only 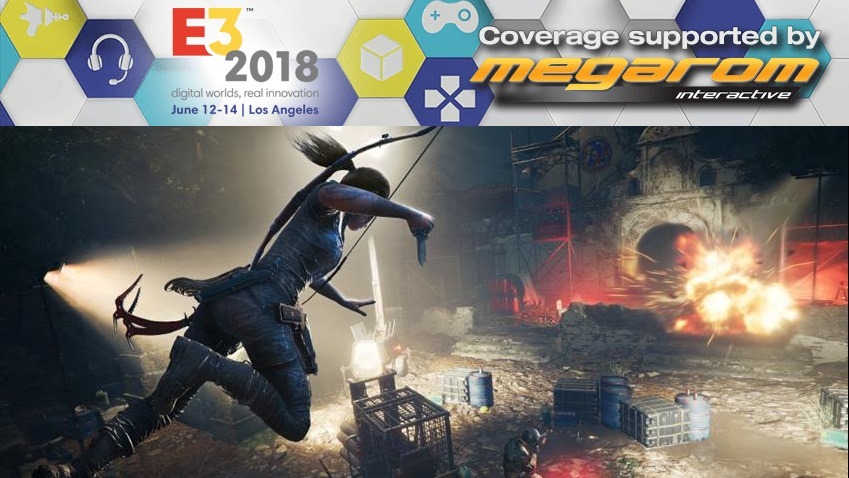 After two widely successful games, the formula that Crystal Dynamics established with their Tomb Raider reboot series is starting to feel a little old. It’s now the third time that Lara has been thrust into all sorts of danger, with the established heroine now adept at stealth, shooting arrows and just snapping necks. Lara is a ruthless killer with a generic gameplay loop that has you quietly taking out foes before engaging in all-out gun battles. After seeing more behind closed doors footage, I can’t recall actually being excited about anything. But thankfully that changed when I got a chance to actually play.

In motion, Shadow of the Tomb Raider seems to take few risks. The environmental puzzles still exist, and seem a tad larger in scope and complexity. In this single scene, I was tasked with rotating a panel on the floor to help an old mine cart slide down a ramp and into debris blocking my climbing path. It was straight-forward stuff without the real satisfaction of having solved a head scratcher. Lara simply was allowed to go on her way, using the same pick-axes and a new rappel ability to easily swing between chasms and descend them safely too. 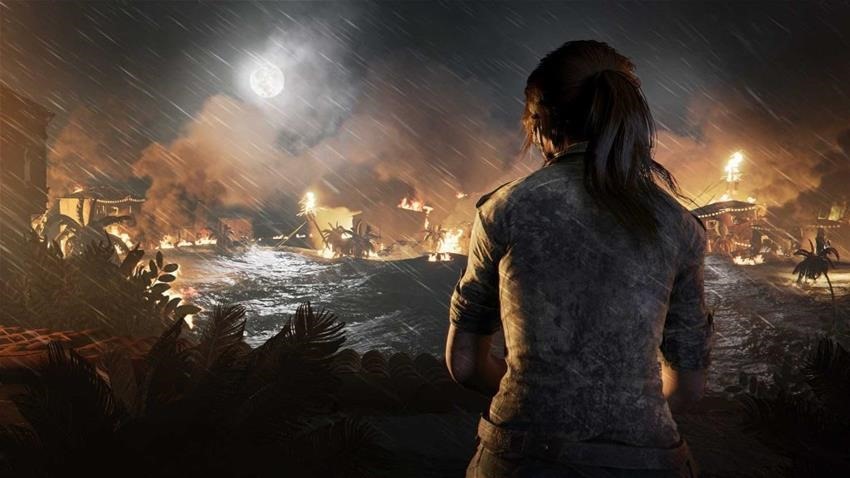 Combat has seen a more drastic change, even if it might be one that many players miss out on. In the past two games, Lara wouldn’t be able to re-enter stealth after being detected. Enemies would simply zero in and hunt her, leaving you no choice but to return fire. That changes in Shadow, but in some strange ways. Stealth can now be initiated when you hide for long enough from enemies, as they return to their usual patterns on higher alerts. But stealth itself seems so ridiculously simple. Enemies will even be highlighted to suggest if they can be taken out without alerting others nearby. It takes the work out of the system, leaving you to just wait for a shade of yellow to initiate a brutal kill.

This alone doesn’t make up for all of what Tomb Raider encompasses, and there are little touches (like hiding in the leaves against cover) that stick out. Without the chance to explore complex tombs and some of the larger overworld, it’s impossible to know yet how well this has been improved by Eidos Montreal, if at all. But if the mechanics themselves aren’t going to try to say something, it’s evident the story is carrying that weight. 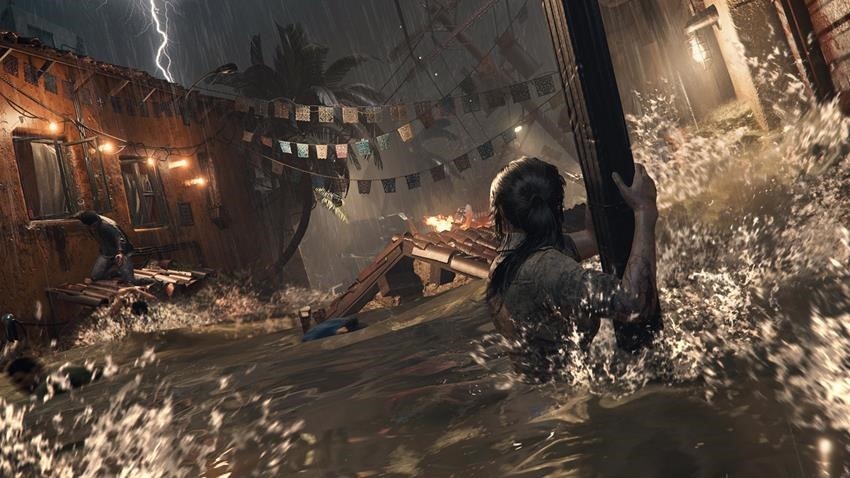 Even in this brief demo for Shadow of the Tomb Raider, the correct sorts of stakes are established to suggest how Lara’s obsession with hunting down trinity and having her big “find” are quickly breeding destruction around her. There’s a powerful scene near the end of the demo that shows a city ravaged by a flood, with screams and fires littering the horizons. This supernatural disaster was brought around by Lara earlier – a realisation the character soaks in while standing on the precipice of the destruction and acknowledging her role in it. But there’s a fire that burns within Lara that almost makes her feel overly selfish. A trait I want to see further explored when the game rounds out this reboot trilogy later this year.

Critiquing the role of Tomb Raider and Lara’s deeply rooted obsessions are almost enough to make up for the really familiar gameplay. And its gameplay that is certainly refined, but just seems outdated compared to the games it’s attempting to compete with. Given that we’re just months away from Shadow’s September launch, we’ll know soon if it’s something to wrestle with as hard as Lara’s own internal struggles.